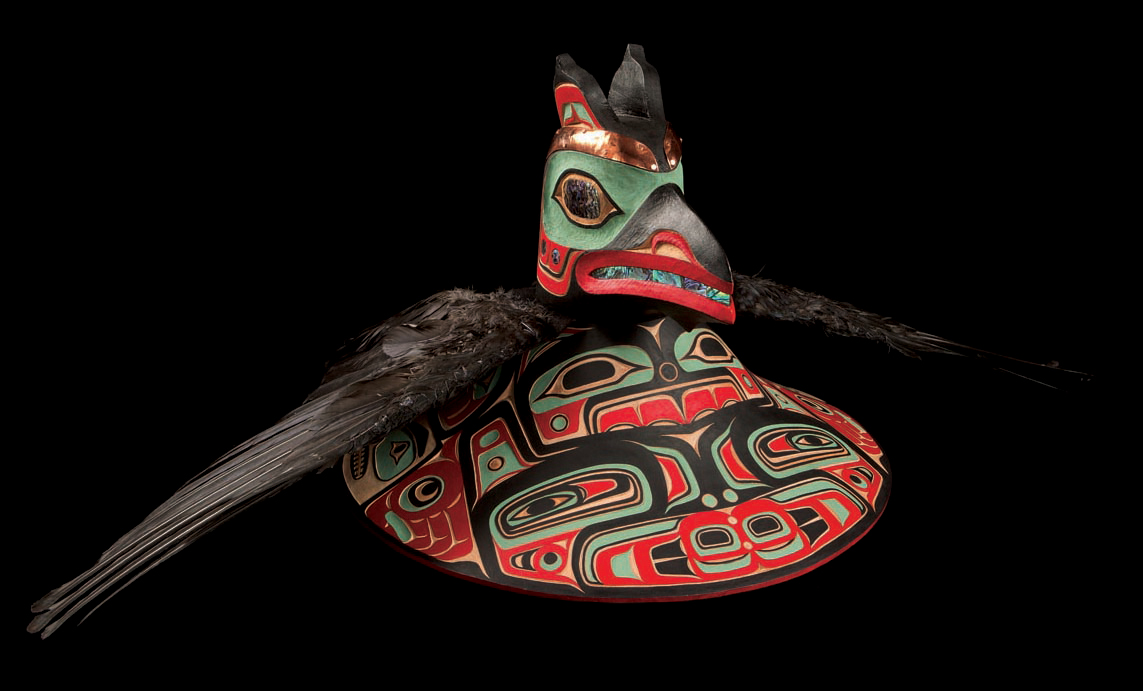 Early last month Tlingit artist Archie Cavanaugh had a bit of shock when a U.S. Fish and Wildlife officer came to his door, telling him he could be charged with a felony because he tried to sell two pieces of Tlingit artwork adorned with bird feathers.

What Cavanaugh, 61, didn’t know was that those feathers — flicker and raven — are protected under the Migratory Bird Treaty and Lacey Act, which prohibit the sale of certain protected bird parts.

Under the act, Cavanaugh could have faced a misdemeanor $10,000 fine and two years in jail. Under the Lacey act the penalty is steeper — a felony charge and potential $100,000 fine and up to 10 years in prison.

Cavanaugh was able to settle with prosecutors and only paid a $2,000 ticket without any charges or jail time. Still, he described the law as “discriminatory” toward Native people because, he said, it infringes on traditional practices.

“It’s kind of like Vietnam to go through a scary situation like that,” he said from his home in Juneau Monday. “I could have gone to jail. It was a hurtful, depressive, scary situation.”

The Sealaska Heritage Institute — a nonprofit arm of the regional Sealaska Corp. — is introducing a resolution at this week’s Alaska Federation of Natives convention that would ask the Interior Department to amend regulations that prohibit sale of traditional crafts using migratory bird parts and feathers.

The resolution will go through the regular AFN process, according to Sealaska Heritage Institute president Rosita Worl. She said the issue is important to other Native artists across Alaska.

“We’re doing everything we can do to protect ourselves and tribal members,” she said. “We don’t want anyone to go through what Archie went through.”

‘We didn’t know the law existed’

It all started when Cavanaugh tried to sell two traditional art pieces. One was a Tlingit headdress, a “shaa.aat” with an 8-inch alder carving inlaid with abalone depicting a raven turning into a human, based on a Tlingit myth. Several of the bright and black flicker feathers protrude from the top, in stark juxtaposition to a white hood of ermine skins that stretch from the top of the headdress to the wearer’s waist.

The second piece was an alder carved hat, designed with a raven on top, with raven wings and a tail, complete with actual raven feathers, protruding from the sides. The raven top, with more inlaid abalone and copper eyebrows, can be removed.

Cavanaugh said both could be used for dancing or traditional ceremonies. The feathers are considered spiritual in nature.

The hat was one of two pieces Cavanaugh, a musician and artist the last 17 years, exhibited in a Sealaska juried show in June. This summer he tried to sell the two pieces through both the Sealaska website and Craigslist.

After making contact with an officer, in what Cavanaugh called a sting operation, the officer came to his home and told him to take the postings down and to relinquish the feathers.

Cavanaugh complied, but he was surprised; he said he had no idea the feathers were illegal to sell. He even went back and asked former carving professors at the University of Alaska Southeast if they were aware of the provision. No one had ever heard of it.

“We didn’t know the law existed,” he said.

“Ignorance is not an excuse, but I think we can make a really good case that it was widely not known that this non-migratory bird was covered by the migratory bird legalese.”

Bruce Woods, spokesman for the U.S. Fish and Wildlife Service, said the migratory bird treaty act is pretty simple, making it illegal to market migratory bird parts to anybody, even between Alaska Natives.

Some of the confusion stems from the Marine Mammal Protection Act, which includes a provision permitting marine mammal parts to be sold by Alaska Natives if they are “significantly altered,” like carved walrus ivory or a pair of seal skin mittens.

Woods noted the two laws are fairly different and were enacted for entirely different reasons.

“They were passed for different purposes” he said. “We can’t assume from one what will happen with the other.”

But Worl contends that U.S. Fish and Wildlife should have made a greater effort to inform artists of the law. She said she had never heard of a provision against using flicker and raven feathers in traditional artwork. She said Sealaska will now post warnings on its website, and begin a targeted campaign through email and newsletters informing Sealaska shareholders of the law.

Worl said if the resolution passes, it will be a first step toward working with the Alaska congressional delegation to make changes to the law.

Worl feels better knowing that on Friday the Obama Administration announced a policy clarification regarding the use of eagle parts for federally recognized tribes. Tribes will be able to wear and use the feathers, and even exchange the use of parts between other tribes, without fear of prosecution.

“It took 10 years or 20 of Native people crying over the restriction of eagle feathers,” Worl said. “We’re in for the same long-term effort so were not criminals for practicing our cultures.”

The AFN Customary Art Show, considered one of the best and largest places to buy Alaska Native art, opens Thursday. The show goes from 8 a.m. to 7 p.m. Thursday and Friday and from 8 a.m. to 3 p.m. Saturday on the second floor of the Dena’ina Convention Center in downtown Anchorage.