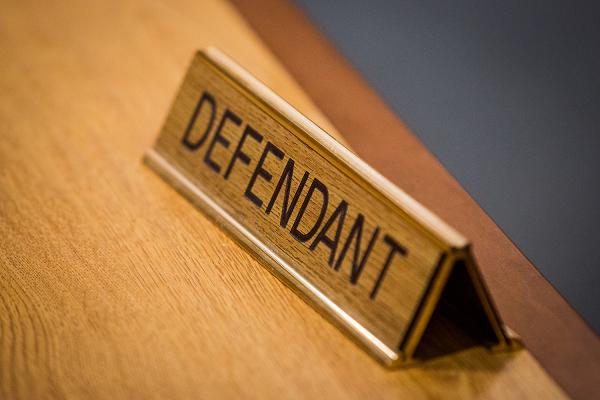 A series of court rulings Tuesday in the southwest Alaska community of Bethel offers a blueprint of how a highly emotional stand against perceived injustice will likely end for two dozen salmon fishermen cited for illegal fishing this summer.

In a trio of back-to-back cases, Alaska State Court Judge Bruce Ward ruled against three Alaska Native fishermen who argued they never meant to break the law. Even though their intent didn’t matter in the end, Ward didn’t believe the men were as naive as they claimed to be.

With so many ways to get information — by phone, fax, email and radio, and by looking at the Alaska Department of Fish and Game’s website — it took “reckless ignorance” to remain naive about the day-to-day rules on the river, Ward ruled.

The three fisherman found guilty of fishing violations received fines ranging from $350 to $500, although the judge cut the larger fines in half in exchange for a year’s probation attached to the sentences. Where before they had faced misdemeanor criminal charges, the state chose to reduce the charges to simple violations, which are more similar to traffic fines and not a part of the criminal system. Doing so also made the men ineligible for jury trials, making a judge the sole decider of guilt or innocence.

Increasingly, the families of Alaska’s western river corridors have dealt with dwindling king salmon runs. Fewer fish in the river means fewer fish to go around, and the mission of the state’s fishery managers is to make sure fish come back year after year. When king salmon runs are so poor, as happened this year across Alaska — with an especially low return on the Kuskokwim River — getting fish to their spawning grounds takes priority over putting fish on the table.

The result are river closures and restrictions that triggered, according to Myron Naneng, president of the Association of Village Council Presidents, a “mass state of food security panic.” Naneng used the phrase in a letter seeking clemency for the fisherman. Alaska Governor Sean Parnell rejected the request and declined to intervene, saying the legal system must run its course.

Naneng was tapping into the emotional, cultural, spiritual and traditional pull Alaska Natives have for generations felt about their rivers and the salmon that swim in them. And he was tapping into the financial reality that the region where law enforcement chose to monitor the fishing ban is one of the poorest in the state, with few jobs and high living costs. Many families still hunt and fish as the primary way to put food on the table.

Judge Ward held the line at holding everyone accountable for following state regulations.

Meanwhile, the fisherman cited on the Kuskokwim River may symbolize a long-running injustice many Alaska Natives and Outside tribal groups feel is long overdue for correction: restoring the aboriginal hunting and fishing rights of Alaska’s first people. In months that followed the summer period during which fish and nets were seized and tickets written, cries for state and federal constitutional amendments restoring restoring those rights grew louder.

However, Naneng explained to the governor that the fishermen weren’t out on the river to make a political statement, but were there due to a “frantic search for food.”

“People in the region were genuinely frightened of facing a winter without sufficient food,” Alaska Federation of Natives president Julie Kitka wrote in her own letter to the governor, seeking clemency for the fishermen.

‘Desperate to get fish’

It was a difficult time, according to Mike Williams, a member of the Akiak Native Community, where some of the fishermen who ran afoul of the law live. A week of closures had already been in place, and villagers along the river system had reluctantly agreed to abide by it. But when a second closure came just as people were ready to wet their nets, it was too much. “Everybody was just kind of desperate to get those fish,” he said.

Harry David, a 48-year-old lifelong fisherman from the village of Tuntutuliak, was out fishing with his nephews when troopers pulled up alongside his boat. He’d had a net with mesh more than two inches larger in the diameter than allowed, but told the trooper he thought he’d been fishing with the smaller size.

“My nieces and nephews were looking forward to eating fresh fish. I didn’t know I was breaking the law,” he told Judge Ward from the witness stand.

Ward was unswayed. First, he thought David could have done more to make sure he got the right information about the closures and daily restrictions. And he didn’t buy the argument that David didn’t now what net size he had that day. “It would be pretty unbelievable that someone that experienced in fishing would not know how to measure a net. If you don’t know how to measure a net then you shouldn’t be out fishing,” Judge Ward said when handing down his ruling.

A second fisherman from Tuntutuliak, 58-year-old Adolph Lupie, was also unable to convince the judge. Lupie headed out to his fish camp June 15, where he had access to a radio to listen to the gospel music he enjoys. But he’d failed to keep himself up to date on the daily rules of the river.

He described a chilly run-in with an Alaska State Trooper the day he was cited, someone he said wasn’t careful with the fish being seized and who had threatened Lupie with arrest and jail if he wasn’t more cooperative.

“I thought I had the right to fish out there until I got the citation. Subsistence is my way of life. It’s the Yupik way of life,” he told the court.

Earlier in the day the court used an analogy to driving when explaining the strict liability theory of law under which the cases are being decided, and Lupie had something to say about that, too. The judge had people are required to follow road rules and obey traffic signs, whether they see them or not. But Lupie pointed out, many villages don’t have road signs the way urban centers like Anchorage do, and the river certainly doesn’t have any signs. Though accurate, the analogy was a cultural flop.

The last of the men to bring a case to trial this week, Emil Williams of Bethel, also claimed he genuinely had no idea he wasn’t supposed to be out fishing. He hadn’t fished in about 20 years, but used vacation time from his job as an assistant grocery store manager to do something nice for his mom.
“I wanted to go out and get some fish for my mom, some king salmon. Last year she didn’t get any and she was upset,” he said when it was his turn to address the court.

Lupie had relied on word of mouth about whether the river was open, and hadn’t seen any official notices posted in the grocery store or elsewhere.

At first, Judge Ward imposed a $500 fine, with $250 suspended and a year of probation. But Lupie asked if he could pay the full fine and get no probation. Judge Ward comprised at $350.

Twenty one fisherman have yet to go to trial. Their cases are expected to come up in November, and continue through the end of January. The men who chose to take their cases to trial represent about half of the entire group that received citations. Many others chose not to fight and agreed to plead guilty to reduced charges.

Those who aren’t giving in aren’t standing alone. Judge Ward said he’d presided over a lot of incredible trials in his day, many to nearly empty courtrooms. But this week, his courtroom was full of community members supporting the fishermen. He commended them for taking an interest and for making the effort to travel to be there in person.

“This is just the beginning of the issue,” Williams said while en route to Bethel from Akiak to be there for Tuesday’s trials. “We are going to live here. We are going to fish here. And it’s not going to stop. It’s our way of life.”

“It’s going be tough from here. I feel for the fisherman and we’re behind them,” he said.