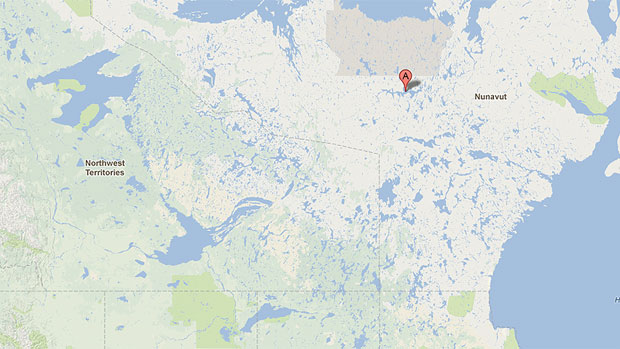 An exploration company in Canada’s southern province of Alberta is blaming  regulators in Canada’s eastern Arctic territory of Nunavut for killing a project in Nunavut’s Kivalliq region.

Calgary-based Uravan Minerals had proposed to explore for uranium at Garry Lake, near Baker Lake, Nunavut.

But the company has let its mineral claims expire, blaming the Nunavut Impact Review Board.

The Nunavut Impact Review Board had referred the exploration project to a full environmental review, citing concerns about the sensitive caribou habitat in the area.

Uravan president Larry Lahusen said that decision blindsided him and derailed the project.

“An environmental impact statement on an entry-level exploration project is unheard of. Doesn’t exist anywhere in the world,” he said.

Lahusen said a review of the project would have taken years, and cost his company millions. He also called concerns about the caribou a “fallacy.”

“This fear of impacting caribou on the sub-arctic barren lands with exploration activity, you realize our footprint is so small, and our activity is so short, any kind of impact is just nonsense talk.”

But the executive director of the NIRB said a full review shouldn’t be viewed as a curve ball.

“That’s certainly unfortunate if that was the case. I mean, a company’s ignorance of the regulatory system is not something we can look to speak to, ourselves,” said Ryan Barry.

Lahusen accused the NIRB of having an agenda to obstruct resource development and said he has written to the Northern development minister.

He said Uravan minerals spent about $4 million on the project before walking away and wants the federal government to pay him back.

But Lahusen says his company is now more interested in Saskatchewan.

“I have no desire, whatever, to even go back to Nunavut,” he said.