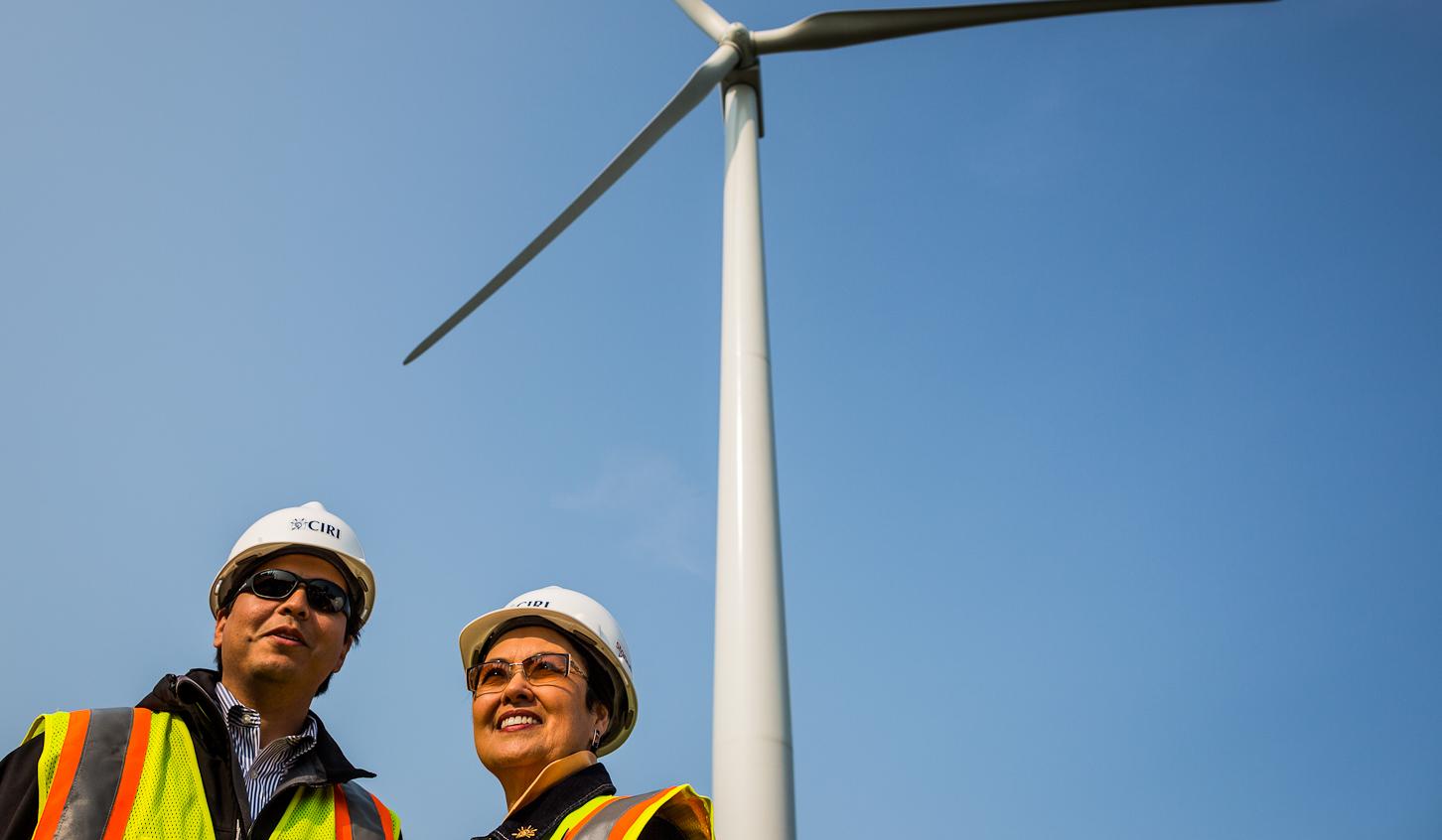 Winter is when the wind ramps up in Alaska, and that’s proving lucrative for wind power in the 49th state.

Fire Island is producing more than expected for this time of year according to Ethan Schutt, senior vice president of land and development for Cook Inlet Region, Inc. (CIRI) the Alaska Native corporation that operates the wind farm. So far about 17,000 megawatt hours have been produced, enough to power roughly 6,500 Southcentral homes each month.

With above-average winds so far this winter, turbines are producing power “a little bit above expectations,” Schutt said.

There have been no major issues with the turbines since they were commissioned. In fact, Schutt said, they kept working through a 5.9-magnitude earthquake that rattled Anchorage earlier this month. The turbines are designed to withstand quakes, but sometimes vibrations from a big shake can shut them down.

“The just kept producing power through the event,” Schutt said.

Fire Island’s 11 turbines came online in September on the 6-mile long uninhabited island three miles offshore from Alaska’s largest city. All power produced is sold to Chugach Electric, the state’s largest electric utility, and incorporated into the residential power grid. The project is expected to produce about 50,000 megawatt hours a year or roughly 2 percent of Chugach’s overall power.

By comparison, on Wednesday Chugach’s total daily production was 10,096 megawatt hours. Most of Chugach’s power — 88 percent — comes from natural gas-fired power plants, with another 10 percent from hydro.

Golden Valley Electric Association’s Eva Creek wind project, with a capacity to produce 25 megawatts per hour, ranks as the state’s largest wind-power generator. Since Nov.1, Eva Creek’s 10 turbines have produced about 11,300 megawatt hours, or enough to power 8,000 Interior Alaska homes each month. Currently only 10 of the 12 turbines are online according to Golden Valley spokeswoman Cassandra Cerny. The last two turbines are expected to be commissioned next week.

“The wind is doing what we expect it to do for this time of year,” Cerny said from Fairbanks Thursday.

Interior Alaska has been crippled by high utility prices thanks to the rising cost of heating oil. Many have turned to wood as an alternative heat source, complicating efforts to reduce air pollution in the Fairbanks North Star Borough.

So far, the project hasn’t yielded any noticeable difference in electric costs for Interior Alaska residents, Cerny said. But the project is expected to save users $4 million through the end of 2013.

Interior and Southcentral aren’t the only regions of the state to benefit from wind power in 2012. Both Kodiak and Kotzebue have more than doubled their wind capacity. Kodiak added three turbines for a total of six and an output of almost 9 megawatts. Kotzebue, by adding two 900 kilowatt turbines, more than doubled its wind power output, from 1 megawatt hour to about 3.

Additional turbines are expected to come online in Nome and Delta Junction in 2013.