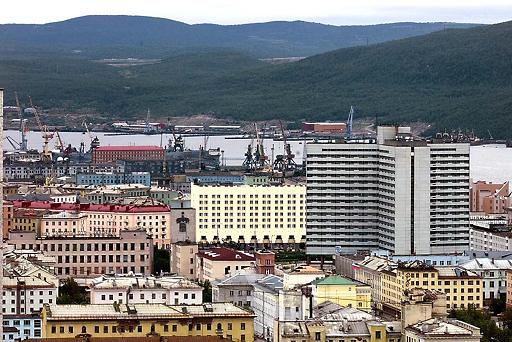 The new headquarters for the Northern Sea Route (NSR) will open in Moscow on January 28. The new, state-owned enterprise will have a budget of 35 million rubles (about $1.1 million) and will set forth tariffs and regulations regarding “navigation safety and the prevention, reduction, and control of pollution in the marine environment,” according to a July 2012 law passed by the State Duma on the regulation of commercial navigation in the NSR. The law also defines the NSR (translated with Google Translate) as:

“The aquatic space adjacent to the northern coast of the Russian Federation, covering internal waters, territorial sea, the contiguous zone and the exclusive economic zone of the Russian Federation and bounded by division lines across maritime areas with the United States and the parallel Cape Dezhnev in the Bering Strait, west meridian of the Cape of Desire to the Novaya Zemlya archipelago, eastern coastline of the Novaya Zemlya archipelago, and the western boundaries of the Matochkin, Kara, and Yugorsky Straits.”

As always, RIA Novosti’s excellent design department has posted an infographic of the NSR. Note that the State Duma’s definition of the NSR does not technically include Murmansk or Arkhangelsk, even though most ships travelling the route would probably call at the port in Murmansk. Arkhangelsk, too, is planning to build a deepwater port to attract ships and connect into the planned Belkmor railway, which would run from Arkhangelsk, on the White Sea, to Perm, near the Ural Mountains. This railway, whose construction falls under the Russian Federation’s Railway Plan through 2030, would be part of the Northern Transport Corridor ultimately connecting Finland, the Urals, Central Asia, and the Far East.

The establishment of the NSR headquarters is yet another step in the government’s standardization of the shipping route, which has proceeded in a deliberate and timely manner. Moscow was chosen over Arkhangelsk and Murmansk in order to not offend anyone, according to Deputy Minister of Transport Victor Olersky. Furthermore, the headquarters of Emercom and the Agency on Hydrometeorology and Environmental Monitoring are based in Moscow, allowing operations of the NSR to be centralized. A second administrative office may open in Arkhangelsk, as the city is home to the Hydrographic Enterprise. Just weeks before it was announced that the main office would be in Moscow, though, the governor of Arkhangelsk, Igor Orlov, stated, “We are doing everything to make the Northern Sea Route Administration housed in Arkhangelsk. Supported by the Marine Board and the federal government, Arkhangelsk will make a significant contribution to basic state policy in the Arctic.”

On the heels of the Deputy Minister’s statement that the office would be in Moscow, Orlov voiced his displeasure with the decision. “If you ask today, from “Sovcomflot” to “Gazprom”, where are today’s best captains who know the Northern Sea Route – they are not in Moscow or Tiksi. They are in Arkhangelsk, with the Northern Shipping Company, which really goes there, really provides northern delivery, all with the specific knowledge, skills, experience.”

This level of controversy is somewhat surprising in a country where the Kremlin makes the rules and its decisions are not to be questioned. Administration of the Northern Sea Route will be important in the coming years as more cargo ships ply the route, making the headquarters a potentially powerful office. President Vladimir Putin is continuing to centralize power, especially Arctic policymaking. Moscow, hundreds of miles from the coastline, will administer the north. Arctic policy is administered differently from country to country. For instance, in Canada, Ottawa makes many of the decisions. This is epitomized by the Northern Strategy, a document clearly produced by policymakers in the south. By contrast in the U.S., Alaska has a fair amount of leeway in determining policy. This is partly because it has defined rights as a state and partly because it is so far from Washington, D.C. Of course, distance doesn’t always allow more power, as the case of Russia shows.

“Governor: Administration of the NSR should be in Arkhangelsk” RIA Novosti