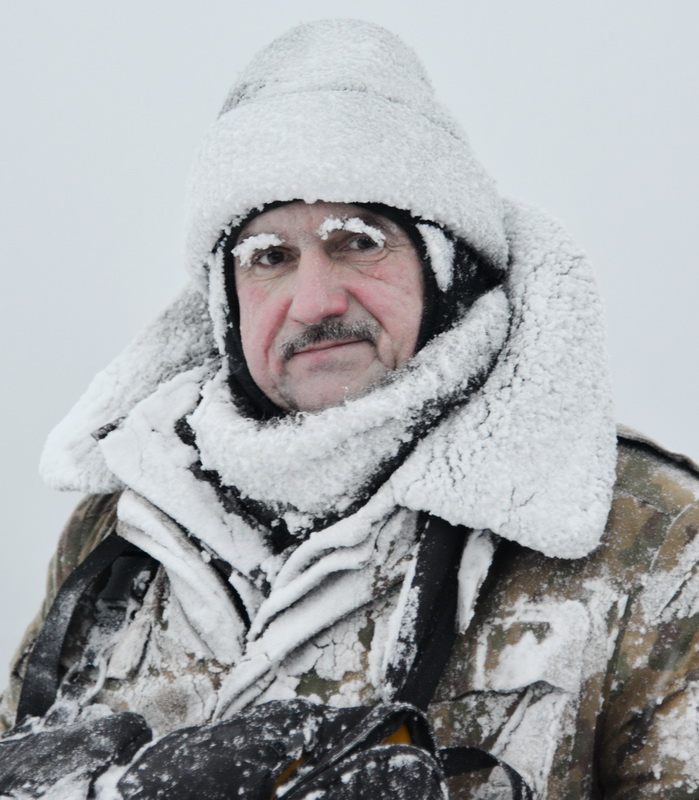 One of the greatest perks of my job is meeting interesting people. Some I’ve met during my northern travels. Others I’ve met only virtually, thanks to the Internet.

Russian photographer Alexander Stepanenko is one of these people. Alexander lives in the northern port city of Murmansk and he has devoted his life to documenting Russia’s north-western Arctic regions.  One of Alexander’s most compelling recent projects is his photo series documenting the lives of Russia’s Saami reindeer herders.

A couple of days ago, Alexander contacted me to let me know that he has completed a new multimedia project. It’s a series of 10 videos he has uploaded to YouTube. The videos feature Alexander’s photos set to the songs of Saami bard and activist Ivan Matryokhin.

It’s a beautiful, compelling work even if you don’t speak Russian to understand the lyrics of Ivan’s songs. Two videos struck a particular chord with me.

This one is called “What for?”

It is based on Alexander’s 2002 book “Executed Family” documenting the plight of Saami reindeer herders during Stalin’s purges in the 1930s and 40s. Alexander told me that he is aware of at least 84 Saami reindeer herders who were executed by the notorious NKVD, KGB’s predecessor, on trumped up charges of spying for the Finnish intelligence.

Another video that I found particularly compelling is the “Drowned Village.” It is based on two trips Alexander took two the ancient Saami settlement of Voronie flooded during the construction of a hydroelectric dam in 1970. It’s an experience that is eerily familiar to many Quebec Crees whose ancestral lands were flooded for the construction of the James Bay hydroelectric mega-project. We rarely think about the human cost of these supposedly “clean” energy projects.

And here are the rest of the videos. Enjoy!