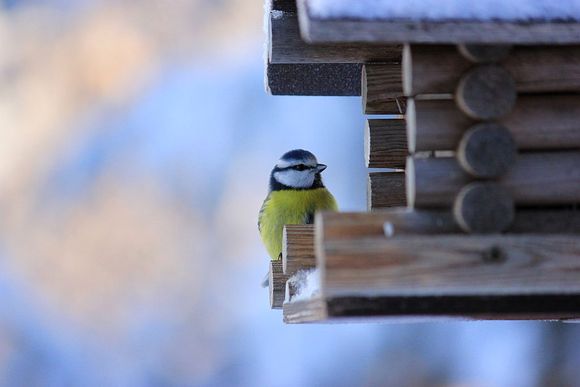 The subtle, gradual lengthening of daylight hours in January can set birds to twittering. Cold temperatures can dampen spirits, but for some species even the depths of winter can be the time for a love song.

As soon as the winter solstice has passed and days begin getting longer, birds that winter in the country immediately begin to be more active singers.

“Sometimes it seems as if they use the same almanac as we do,” laughs Ohto Oksanen, a keen amateur birdwatcher from Nastola, a municipality in southern Finland.

In the depths of winter, birds use nearly all the available daylight hours in their search for food. As the days get longer, they have more time for other activities.

In addition, light itself inspires birds to sing. According to Oksanen, they most often burst forth in sunshine and when feeling well fed.

Romance in the air

What has been, for the most part, a mild winter has been a good one for smaller species of birds. On the other hand, fluctuating temperatures have coated many trees with a layer of ice, making it more difficult to get at some foods.

The first birds to start making themselves heard again are various kinds of tits. Woodpeckers have also been heard drumming in the forests. Even amidst the snows, the mating season will soon be underway for some species.

“Crossbills [that feed on pine cones] are on the move. It’s been a good year for pine cones. Red crossbills sometimes lay their first eggs as soon as in late January or early February,” Ohto Oksanen explains.

Owls are also just starting their mating calls, as are the black grouse, hazel grouse, and wood grouse.