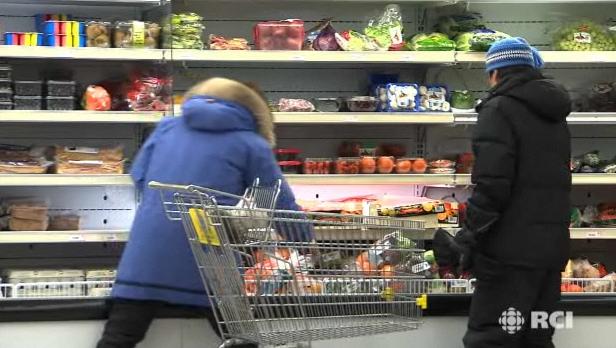 A former federal public servant says the Canadian government is trying to make Nutrition North look like it’s working better than it is by choosing unrepresentative baseline prices.

On its Nutrition North website, Ottawa claims that food prices in Nunavut dropped by about seven per cent on average between March 2011 and September 2012.

But Fred Hill, former manager of the Food Mail program, says those figures are a good example of government spin.

“The dates that are being chosen are those that would put the new program in the most favourable light,” he said.

Hill said March 2011 isn’t representative of Food Mail prices, because at that time, many food subsidies had already been dropped.

Nutrition North relies on retailers to submit their prices, rather than visiting stores to collect the data. In the past, federal department staff also visited southern retailers in order to draw price comparisons. Now, the department doesn’t collect any data from the South, and the data that is collected in the North doesn’t compare to food price data collected by Statistics Canada.

“It is not possible to do any comparison of food prices in the north and in southern Canada based on any kind of monitoring that I’m aware of,” Hill said. “And certainly under nothing that is being done by Nutrition North Canada.”

Olivier De Schutter, the United Nations special rapporteur on the right to food, raised similar concerns about Nutrition North in his report on Canada, delivered to the UN Human Rights Council in Geneva this week. He says the federal government has no way of verifying whether the subsidy is being passed on to consumers.

“In the absence of adequate monitoring by those it is intended to benefit, it is unclear whether the programme is achieving its desired outcome,” De Schutter said in an online briefing to Canadian food security groups on March 4th.

In the House of Commons last week, Federal Health Minister Leona Aglukkaq dismissed De Schutter’s report. But many people who live in the North, and the Government of Nunavut, are welcoming it.

Peter Taptuna, minister responsible for the anti-poverty secretariat, said in a news release that De Schutter’s report makes strong recommendations on how to address hunger in Nunavut.

It said the GN “will welcome the collaboration and support of the federal government.”