Rising summer temperatures and dwindling Arctic sea ice are eroding the cliffs of Eastern Siberia at an increasing pace. Scientists from AWI, the German Alfred Wegener Institute and the Helmholtz Centre for Polar and Marine Research have been evaluating data and aerial photographs of the coastal regions from the last 40 years. As the sea ice recedes more and more from year to year, the cliffs are being undermined by waves. At the same time, the land surface is beginning to sink.

The research documents warming summers. While the temperatures during the period looked at were higher than zero degrees Celsius on an average of 110 days per year, the scientists counted a total of 127 days in the years 2010 and 2011. In 2012, the number of days with temperatures above freezing increased to 134.The number of summer days on which the sea ice in the southern Laptew Sea vanishes completely is also on the increase. “During the past two decades, there were, on average, fewer than 80 ice-free days in this region per year. During the past three years, however, we counted 96 ice-free days on average. Thus, the waves can nibble at the permafrost coasts for approximately two more weeks each year,“ says AWI permafrost researcher Paul Overduin. 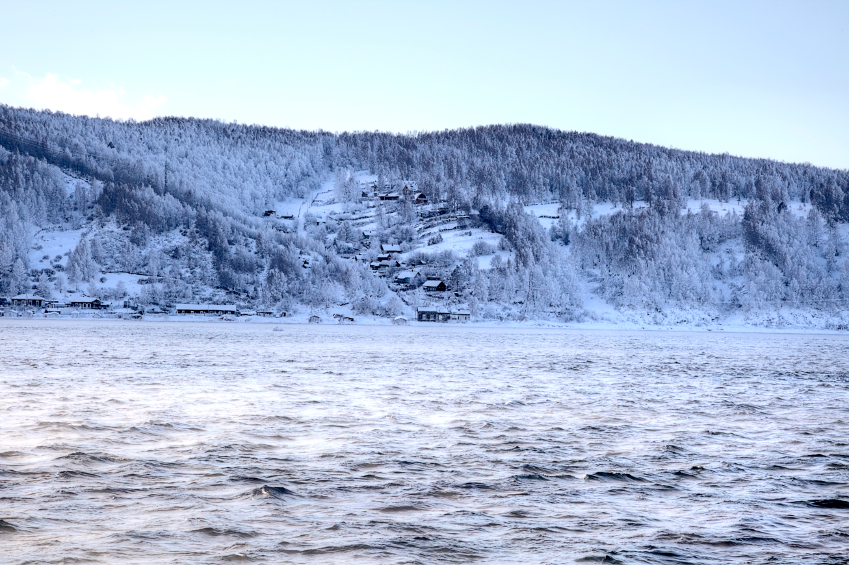 Not only a problem in Siberia

Sea ice plays an important role in protecting coasts from waves. When this barrier is not there, the waves dig deep and erode land away. I saw the results of this first-hand during a trip to Barrow, Alaska, in 2008. I visited sites at Point Barrow, the northernmost point of the United States, where villages had been washed into the sea. On a trip to Greenland in 2009, I was amazed to see buildings being artificially cooled to avoid them sinking into the ground as warming temperatures melt the permafrost.

In the area of Siberia investigated by the German scientists, high cliffs protect the coastline. As the permafrost melts above and waves cut in from below, the cliffs are undermined and break off.

The erosion does not only have an impact on land. It also washes material into the sea, changing the quality of the water. Depending on the kind of erosion and the particular structure of the coast, between 88 and 800 tons of plant-, animal, and microorganism-based carbon are currently washed into the sea per year and kilometer of coastline – materials which were previously sealed in the permafrost, according to the AWI researchers. Once in the water, carbon may turn into carbon dioxide and, as a result, contribute to the acidification of the oceans.

The studies were conducted as part of the PROGRESS project which is funded by the German Federal Ministry of Education and Research. PROGRESS is the acronym for Potsdamer Forschungs- und Technologieverbund für Naturgefahren, Klimawandel und Nachhaltigkeit (Potsdam Research Cluster for Georisk Analysis, Environmental Change and Sustainability).