This is my first post from the Polar Marine Night expedition, from the Kongsfjord in Svalbard.

On the flight from Oslo to Longyearbyen, the main settlement on the island,  after a period with a beautiful sunset red strip in the sky, it was dark by half past midday and I realized I had seen my last sunrays for this week.

Flying in to Longyearbyen airport, I could see a white mountain, its dark silhouette outlined by the airport lights. Having been here before in the summer sun, I realized somewhere up there was the famous seed vault where safe supplies of seeds for the world’s food crops are stored under the permafrost, supposedly safe from wars or some other disastrous calamities which might require a “new start” for humanity. I was fortunate enough to visit it on a previous trip a couple of years ago. At the moment, though, the darkness reveals very little of the fascinating landscape.

Our small, robust propeller plane carrying scientists and service staff from the research station, one fellow journalist as well as two young German scientists joining the scientific cruise had us in Ny Alesund late afternoon. It was strange to see the station completely in the dark, although it is not as deserted as it once was in winter, thanks to this Polar Night research. As our driver told us on the way to the harbour, (nothing is far from anywhere else in the small settlement, but hauling luggage across slippery snow and ice in the dark is something I can do without) there are around 60 people on the base, whereas once there was only a skeleton crew of around 13 over the winter.

The French-German station, the Norwegian station and the Chinese building are manned throughout the winter. The others are summer-only stations. Different scientists from around the globe come in and out for the boat trips to investigate marine life in the polar night. This is only the second year of this heightened interest in life in the dark season up here.

The RV Helmer Hanssen – named after Amundsen’s navigator to the South Pole – was waiting at the quay. Built as an ice-going fishing vessel, these days the only  trawling done here is in the interests of science. Since we left this evening, nets have been deployed at different levels at regular intervals bringing samples of Arctic sea life on board and into the labs. There are 16 students and professors on board, with a crew of 12 to operate the ship, round the clock. It’s an expensive business, says Stig, so they have to make maximum use of the ship time by working to a busy schedule, sleeping in shifts in between. Well, at least we have enough bunks, so we don’t have to economise by sharing those.

If I hadn’t done my homework, there were times during the evening briefing by Stig and his colleague Paul Renault, when  I might have been tempted to call for an interpreter , with talk of pelagic trawls, the hyper-benthos,  grabs, diel vertical migration, epibenthic sleds and more of that ilk. Then comes the high-tech LOPC – a laser optical plankton counter, of course! In case you are not a marine biologist yourself, this is all about getting samples from different layers of water and the seabed to find out about the relatively unknown winter lifestyles and behavior of organisms living in the Arctic ocean.  (There was some discussion about supplies of ethanol and formaldehyde, which you must not run out of if you want to take some samples home as a souvenir). It seems amazing, but there is still very little known about marine life in the polar night, because the region was so remote and inaccessible, and because people assumed where there was no light, there would be no biological activity. Now our scientists have discovered (last year was a real “eye-opener”, says Stig) that there is all sorts of activity going on.

It does not surprise me personally that a lot of creatures have to feed all the year round. But what exactly do cod, for example eat? That’s what Marine Cusa wants to find out for her PhD. I met her in the lab, where she was dissecting fish. I had a look inside the stomach of a large specimen of Atlantic cod in the lab.

Not for the faint-hearted, so I won’t go into details.  There are even creatures up here who choose to reproduce in this dark season. Now presumably it’s not like with human beings, where there tends to be a rise in the birth-rate after major power cuts in some places. So why would sea creatures choose to have their young in the cold, dark, polar winter? Some of the experts here have some theories – but I’m going to save that for another day.

Scots-born journalist Irene Quaile works as Correspondent for Environment and Climate Change with Deutsche Welle, Germany’s international broadcaster. She has also worked for German national radio, Radio Netherlands, the BBC and ABC Radio National, Australia. Irene has received several international radio prizes , including a New York International Radio Festivals gold medal and a United Nations gold award for outstanding radio. She has travelled widely to countries including Mongolia, Laos and Tanzania, working on development and environment-related issues. Since 2007 she has been specialising on the Arctic and made trips to the Arctic regions of Scandinavia, Alaska and Greenland, making radio and online features on climate change and its impact on ecosystems and people. The Ice Blog was created during a trip to the Alaskan Arctic in 2008. Read Irene Quaile's articles

1709 ♥ Blog - Smelters, huskies, and fish pies: the Arctic road from Norway to Russia

436 ♥ Is Norway's farmed salmon as healthy as we think? 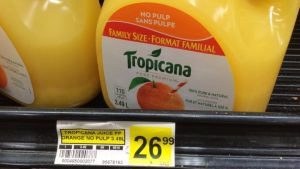