The company this week signed a contract with Norwegian ship building company Kleven on ship design and ship equipment to two new polar cruise vessels. The contract is worth £25 and includes an option for two additional vessels, the company informs.

The contract follows a deal inked by Hurtigruten and Kleven in April. The orders have a cost frame of 280 million Norwegian kroner (€30 million).

The new ships mark the largest investment ever made by Hurtigruten, the company which has operated along the Norwegian coast since 1893.

“This is a milestone for us and an expression of our confidence in the growth of the global market for adventure tourism. We are to build the most formidable expedition ships the world has seen,” Daniel Skjeldam, Hurtigruten’s CEO says in a press release.

As previously reported, Hurtigruten earlier this month launched its latest vessel, the «Spitsbergen».  With its 100 meter length and 18 meter width, the «Spitsbergen» will be among the company’s smallest. Unlike the other Hurtigruten ships, it will have no car deck and the passenger capacity is only 335.

Hurtigruten operates a daily passenger and freight shipping service along Norway’s western and northern coast between Bergen and Kirkenes. It also offer explorer voyages in Antarctica, Greenland, Iceland, Spitsbergen and across the Transatlantic. 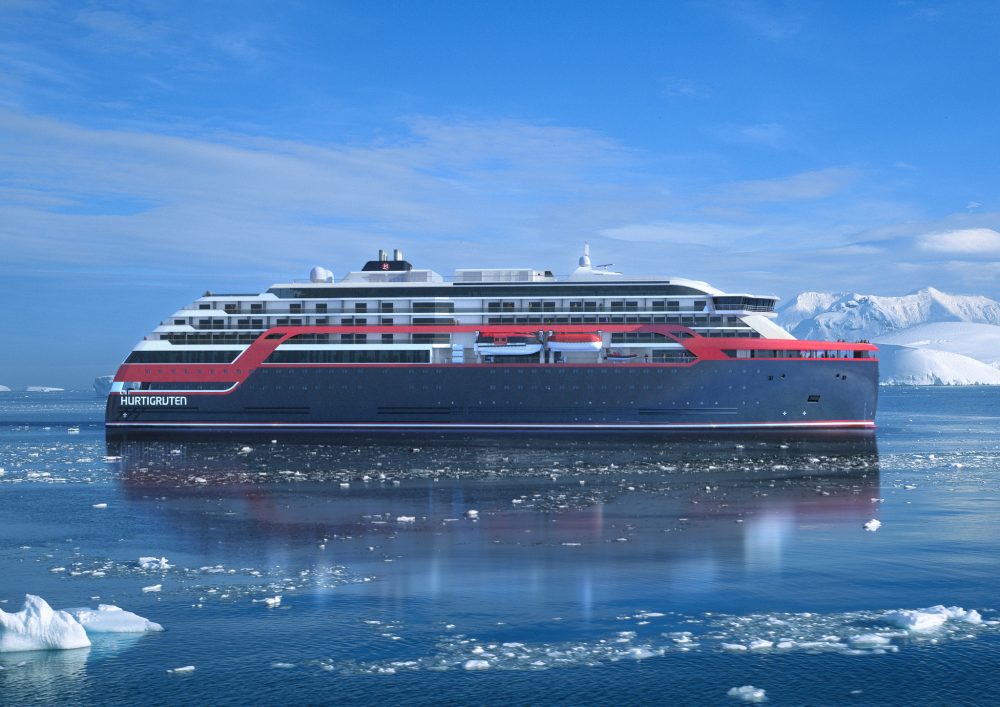 Hurtigruten is expanding to meet growing demand for expedition tourism with a new-ship launch this summer with a further four new vessels planned for early 2018. 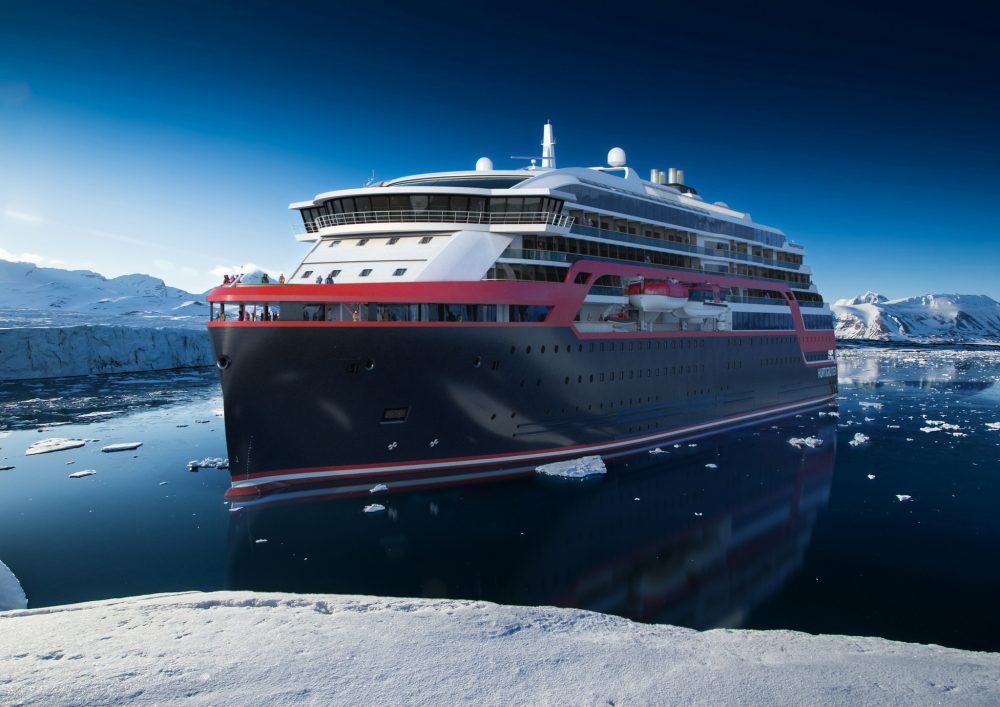 Designed and developed by Rolls-Royce, the new ships are the first in a new generation of super-efficient, environmentally friendly vessels designed to meet growing passenger demand for adventure or expedition cruises. 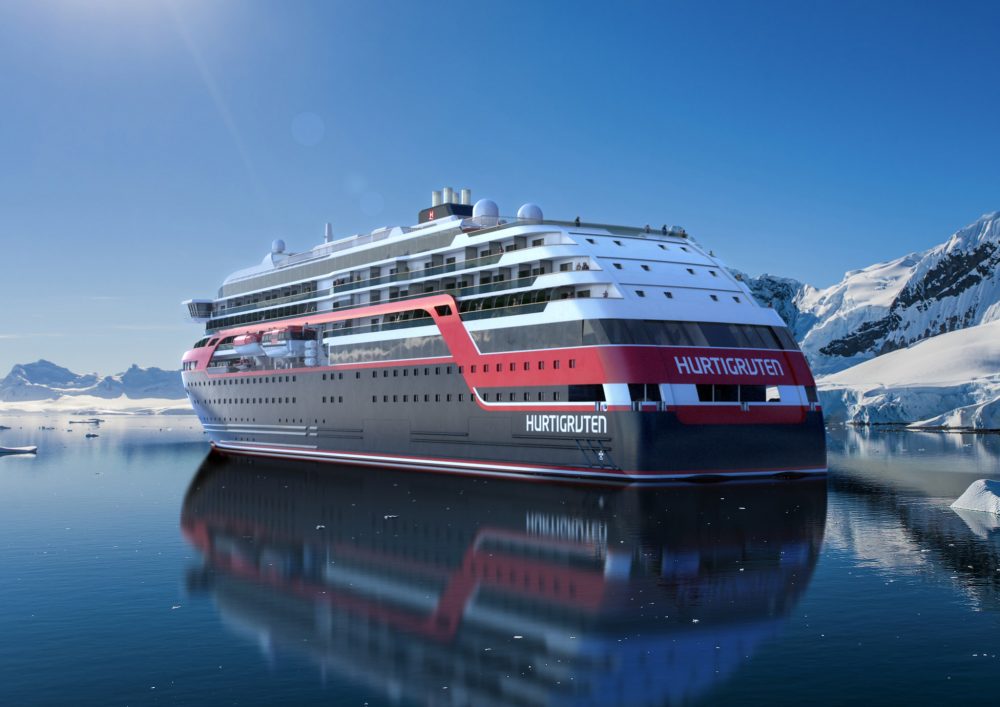 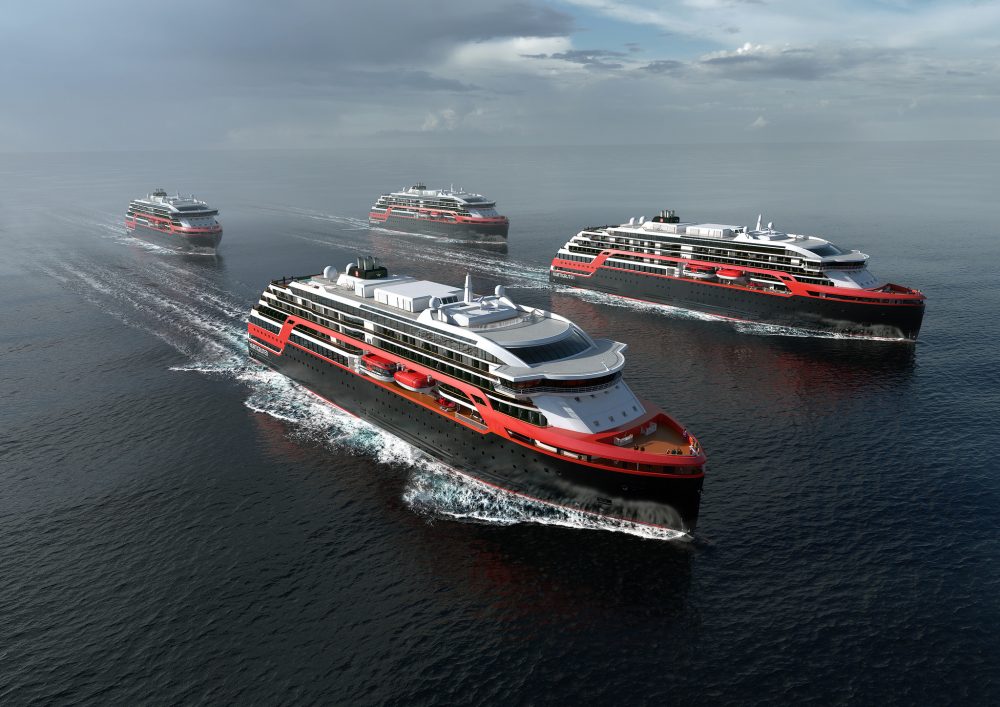 Designed and developed by Rolls-Royce, the new ships are the first in a new generation of super-efficient, environmentally friendly vessels designed to meet growing passenger demand for adventure or expedition cruises.

Norway:  Arctic shipping: The myths, the realities & the challenges ahead, Eye on the Arctic