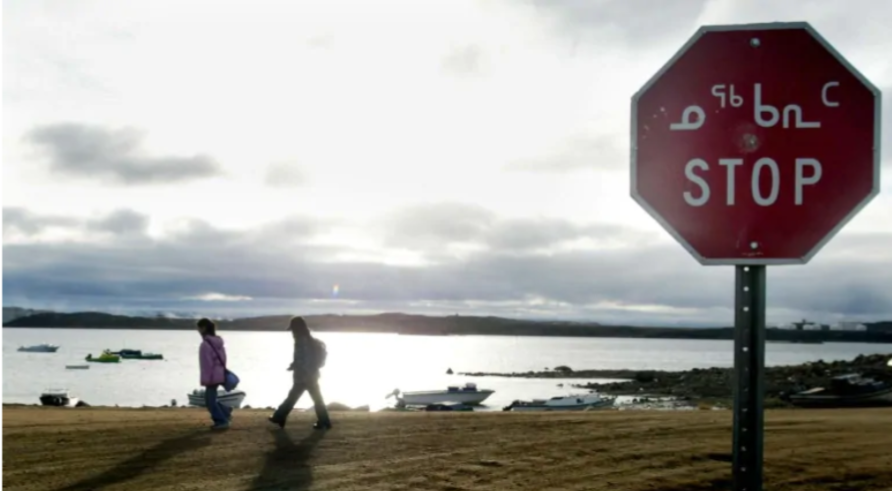 COVID-19 is forcing the reinvention of formal education

Most students can identify with the feeling of looking  wistfully out a classroom window on a sunny spring day.

But for students in northern Canada, where so much of life revolves around being on the land, there’s something extra painful about being trapped inside in springtime.

“When I was at school … I remember May coming up,” said Norman Yakeleya, today the Dene National Chief. “Families are out hunting … and there I am sitting in the classroom, looking out the window.”

For thousands of students across the North, that cage has now been unexpectedly opened. To prevent the spread of COVID-19, students were turfed from traditional classroom settings — and are now finding their feet out on the land.

“Indigenous communities have taken this as an opportunity to kind of reintroduce their youth back onto the land themselves,” said Doug Dokis, the director of InSTEM, a land-based STEM education program from Actua, an educational charity that has worked with communities across the North.

“Many of the communities we’re working with are taking their kids out onto the land as we speak.”

Now, as educators and administrators are forced to reinvent education on the fly, Indigenous leaders and outdoor education advocates are hopeful post-pandemic schooling will leave more room for learning on the land.

“We have a real opportunity … to lead Canada and the world on this,” said Chloe Dragon Smith, the co-founder of Bush Kids, an outdoor learning initiative that works with the public school system, and the author of a policy paper on on-the-land education.

“This is one of our strengths, it’s our identity,” she said, “and we still have so many wonderful knowledge-holders that are with us and that are willing to share.”

“We’re in the mode of Thomas Edison,” said Yakeleya, the Dene National Chief, “to invent something that’s out of this world, that makes sense, and that can be the starting point … [for] traditional education, on-the-land, for our people.”

Even before a pandemic forced schools to close, interest in outdoor education was climbing.

Across Canada and around the world, public school systems are integrating on-the-land learning as the benefits for students become increasingly clear.

In Scotland, authorities began encouraging outdoor “forest schools” years ago, in response to a growing body of evidence showing both academic performance and childhood development benefit from time outdoors.

Closer to home, public schools in Saskatchewan have begun to incorporate on-the-land programming piloted in Indigenous communities, and hailed it as a tangible form of reconciliation.

In the territories, on-the-land programming is often organized by local First Nations or regional groups, and at least partly funded by the territorial government.

Kristen Tanche, the regional wellness coordinator for Dehcho First Nations in the N.W.T., organized multi-day excursions that pair Indigenous elders and youth on the land.

“I was able to really watch the participants transform from beginning to end,” she said.

Kids who began the trip with limited awareness of their language and culture came to embody the Dehcho K’éhodi principles of sharing and community, she said. They ended the program with the confidence to introduce themselves in their Indigenous language to an assembly of community leaders and elders.

“Elders were crying hearing youth speaking their language. It was a super powerful moment,” she said.

These kinds of social and cultural benefits come as no surprise to Indigenous leaders.

Like other school boards across the North, when the pandemic forced classrooms closed, Snowball said he encouraged parents to spend that time teaching their children how to hunt, fish, and be safe on the land.

The result has been an explosion in informal, on-the-land learning.

“When I see young Inuit boys going out hunting, and I see photos of them looking so proud harvesting animals from our land, and I know that that takes a new skill set,” said Aluki Kotierk, the president of Nunavut Tunngavik Incorporated, the land claim organization representing Inuit in the territory.

“All those experiences out on the land increase their Inuktitut vocabulary and terminology…. It enriches their knowledge base, and I would say that it also enriches their cultural identity.”

But getting that education formally recognized may be a struggle. Leaders say this type of learning has historically been excluded from formal education systems, which have relied on imported Western models.

“Systemically, [it] is not valued as much as book learning through the education system,” said Kotierk.

That’s one reason why the non-Indigenous Canadians who make up the bulk of education administration may view this period of informal, land-based learning as a diversion.

That would be a mistake, leaders say.

“We want to have doctors and nurses and teachers and lawyers, but we also want to have skilled craftspeople that can carry on the tradition of the Dene,” said Yakeleya, the Dene National Chief. “We’ve got to recognize that not all our students are [best] in a classroom.”

“Learning objectives and outcomes … are very transferrable to on-the-land activities if the teachers and administrators have somebody who can … see both ways actually write that curriculum,” said Dokis, who develops on-the-land curriculum. “The biggest challenge … is working across systems.”

Dokis said most of his work comes before students ever set foot on the land. After building partnerships with knowledge-holders in communities, Dokis must then convince administrators that the experience will fulfill credit requirements written for southern schools, and satisfy schools concerns over liability.

“The liability is high. That’s the biggest barrier working within the public system,” he said.

That was echoed by other on-the-land education experts. Dragon Smith, whose program works to get public school students “outside, regularly and repeatedly,” said regulations that demand students be kept indoors in cold weather prevent outdoor education for large parts of the year.

Tanche, who develops programming on behalf of Dehcho First Nations, agreed that addressing liability “can be very cumbersome.” Finding stable, multi-year funding and credit-granting organizations to partner with can also be a challenge, she said.

Optimism about the future

Despite those barriers, leaders in on-the-land education are optimistic the pandemic presents the opportunity to make more substantial changes to the education system.

Plans for reopening schools in the fall already demand substantial restructuring, from shifting to half-day instruction to paring down curriculum to essential literacy and numeracy. Some, like the N.W.T.’s, explicitly mention increasing the amount of outdoor education.

That could make the system more open to recognizing on-the-land experience as part of a formal education.

“I’m highly optimistic,” said Dragon Smith. “I hope that this time before September can be focused on really thinking about change.”

“It’s just going to take a concerted effort from everyone.”

Kaviq Kaluraq, a teacher trainer in Nunavut who authored a policy paper on Inuit sovereignty and on-the-land education, said now is the time to invest in research to bolster the case for informal learning.

“There’s an opportunity to learn from what families are doing right now,” said Kaluraq. “It would be an opportune time for reflection, for Nunavummiut to think about, what do we value in terms of our children’s education, and how do we design that system?”

“We often hear, is Nunavut’s system adequate in comparison to the rest of Canada? I think we need to flip the dialogue and say, is the Canadian system adequate for Nunavut?”