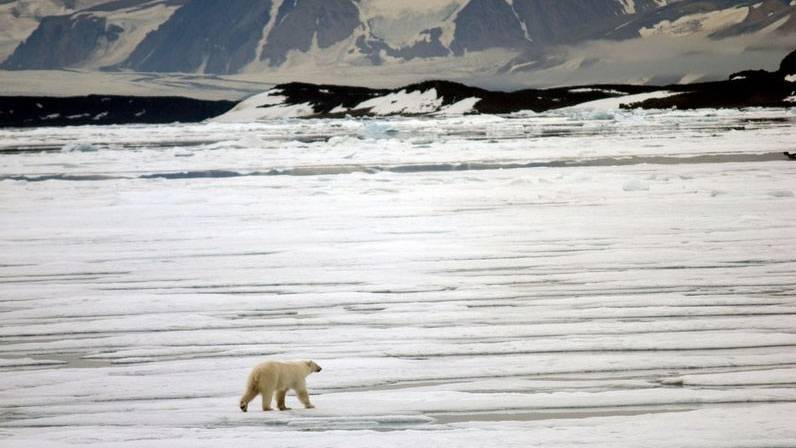 In 50 years, there might be no more polar bears in far northern archipelagos like Svalbard, says leader of the international Polar Bear Specialist Group.

According to Dag Vongraven, climate change will ultimately lead to the extinction of the polar bear population in Svalbard and major parts of the Russian Arctic.

“I believe the polar bears in 50 years time will live only in northern Canada and in Greenland, in the far western polar waters referred to as “the Last Ice Area”,  Vongraven explains.

“In 50 years, the Arctic Ocean will be free of ice in summer time, the sea-ice will melt much earlier in spring and freeze much later in fall,” Vongraven says in an interview published by the Norwegian Polar Institute.

“The multi-year ice will be completely gone, the number of the planet’s polar bears will drop and in Svalbard they will mainly be gone,” he explains.

The senior adviser at the Norwegian Polar Institute has chaired the international specialist group on polar bears since 2010. He is now handing over the chair to Kristin Laidre from the USA/Greenland and Nick Lunn from Canada.

It has not been a good decade for the Arctic and its ecosystems. The vast areas on the top of the world have seen a dramatic temperature increase and big melting of the sea-ice. Consequences are dire for vulnerable Arctic flora and fauna.

The number of polar bears is today estimated to 26,000, of which between 1,900 and 3,600 live in the Barents Sea region. The Svalbard bear population is estimated to 300. Most of them live in the eastern parts of the archipelago and in the northern fjords.

Many of the bears wander huge distances and often cross national borders.

Until 2006, the polar bear was considered a sustainable species. But its status has changed to vulnerable. According to Dag Vongraven, we now see the start of what could lead to the extinction of the bear population in Svalbard. He now calls for enhanced international cooperation on the issue.

“International agreements on polar bears are absolutely necessary because we see a serious global threat picture for the species,” he underlines. He also warns against increasing poaching triggered by a profitable trade with bear skins.

The bears also suffer from environmental toxins, and are believed to be among the most polluted species on the planet. Studies have found high levels of substances like PCB and brominated flame retardants in blood and fat layers.

The high levels of toxins in combination with less access to food in a warmer climate can give the polar bears major problems in the future, the Norwegian Polar Institute warns.

Norway: Climate change hits back at Svalbard, coal mine flooded by melting glacier in Norway, The Independent Barents Observer