For the first time since 1954, a Royal Canadian Navy ship has completed the journey through the Northwest Passage.

“It was the longest time a Canadian navy ship has operated in the Arctic in consecutive days in more than 50 years,” said Cmdr. Corey Gleason, commanding officer of HMCS Harry DeWolf.

The ship began its voyage in Iqaluit on Aug. 7 and is sailing to its final destination in Vancouver, where it’s expected to arrive on Friday.

Although navy ships navigate the Arctic, Gleason said they normally spend only a short time there each year — typically between the last two weeks of August and the first two weeks of September — because they aren’t designed for ice.

Icebreakers normally operate only in icy waters, he said, but this vessel has been designed for a range of conditions —from the dead of winter to anywhere south of the equator.

Gleason said there are about 87 sailors aboard HMCS Harry DeWolf, which is the size of a Canadian football field. He said there are plans to have six more ships like it.

Following path of the Franklin Expedition

When the ship began to make its way through the Northwest Passage, Gleason could have taken one of seven routes.

“In this inaugural trip, I decided to take the route of the Franklin Expedition, really out of the interest of having my sailors experience the hardships of sailors of the past, to get the opportunity to walk in their footsteps, as it were, and to see where the Franklin Expedition had wintered over,” Gleason said.

He said he also wanted to “talk about Franklin’s decision points, where he may have been successful if he had made some different decisions.” 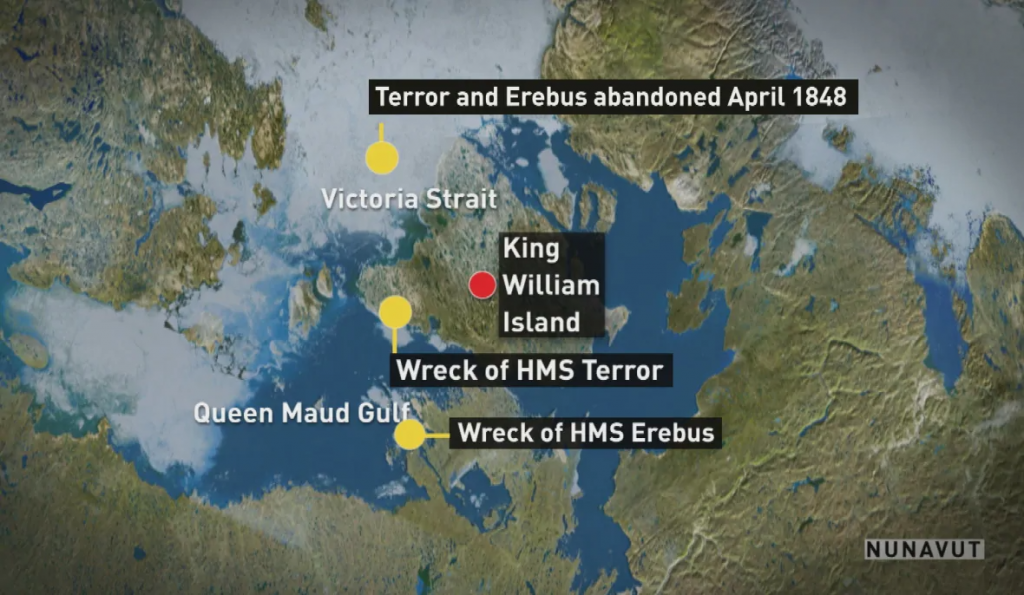 The Franklin Expedition was the ill-fated mission led by explorer John Franklin, who took two ships from England to search for the Northwest Passage in 1845.

The ships, along with Franklin and his 128 crew members, disappeared. The vessels HMS Erebus and HMS Terror were only discovered in 2014 and 2016, respectively, thanks to the help of local Inuit.

‘Meaningful commitment to the people of the North’

“The real challenge I had was to spend some time teaching my sailors how to operate up in the Arctic in the very high North. And that included small boat activities,” Gleason said.

He said they stopped off at several hamlets, including Pond Inlet, Grise Fiord and Arctic Bay, and visited with leadership and community members, inviting them on board for a tour.

Gleason said the journey aboard HMCS Harry DeWolf wasn’t just about completing training exercises and sailing through the Northwest Passage, but about strengthening relationships with communities in the Arctic.

“It was very special for everybody on-board,” he said. “These relationships, it’s not the last time that we’re going to visit and see one another. This is meant to be a meaningful commitment to the people of the North.”

Gleason said there is hope that through interactions with some of the youth in the communities, the trip could spark their interest in possibly wanting to join the Canadian navy one day.

He said he has an ambitious plan for the Canadian Rangers — part of the Canadian Armed Forces Reserves who work in remote coastal areas of the the North — to expand from operating on land to water. 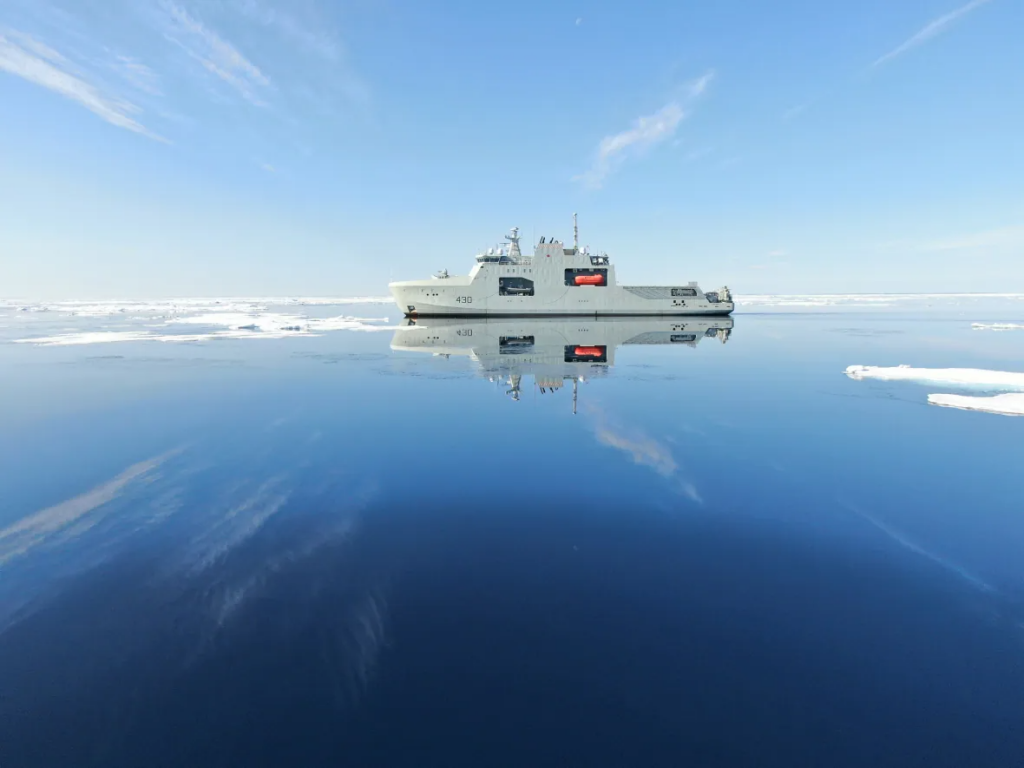 “They are maritime people. They operate both on land and the sea, and it just makes sense to me that the navy would look to work with the people of the North to learn from them, to work with them and to operate alongside them if they let us,” Gleason said.

“And perhaps one day, have a young person from one of the communities up North to even captain one of these ships.”

Norway: The Viking Sky incident – A wake-up call for the Arctic cruise industry?, Eye on the Arctic