Ms Vivienne Poy is a retired Senator, an historian, and author. her latest book deals with the relatively undocumented experiences of Chinese women who immigrated to Canada.

As times and political situations change so did the situations for Chinese women. Canadian exclusion kept most women out of Canada in the early part of the last century, and then it was mostly tradition that kept the numbers of Chinese women in Canada very low. With political upheaval in China and then changes in Canadian immigration policies in later decades. the numbers and types of women changed. 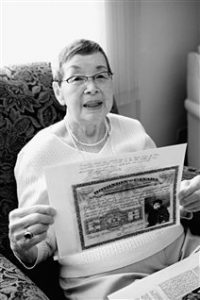 Not all the women who came to Canada stayed, but for the many who did, they almost universally say it was a good decision and that their lives and their children’s lives are much better for it.

I hope you enjoy this week’s show. I have a single copy of “Passage to Promise Land” to give away. Listen at the end of the show for details.

As always, I appreciate any comments you may have. Cheers Marc