An Introduction to Refuge in Canada

Canada was once widely admired as a refuge for people fleeing persecution.  The people of Canada were honoured in 1986 with the UNHCR’s Nansen Award.  It is given in recognition of outstanding service to the cause of refugees.  But many say the welcome has eroded and refugees are being denied and turned away these days. As a result there are growing populations of undocumented people in Canada’s major urban centres.

Most refugees arrive with incredible stories of struggle and survival.  From the former slaves who found shelter and opportunity here before Canada was a country, to the Iraqi’s and Afghani’s, and most recently some Syrians, many refugees have gone on to enjoy amazing lives, while others continue the struggle to leave the conflict and suffering behind.

Generally, Canada’s federal government accepts 25,000 refugees a year. People are accepted in two categories: those who come through the Resettlement System, where Visa officers from Canada tour refugee camps in various parts of the world, selecting people.  The other category, is what is called an “Inland Claim”.  This is when people arrive at an airport or a shoreline and claim refugee status.  And there is a third option, where a person or a family, are sponsored by a group or organization.

Sweeping changes made by the government in December 2012, have tightened and trimmed the Refugee claimant system making it a much more challenging process. Claimants have significantly less time to get their case organized. The healthcare concerns while they await acceptance can be onerous. These changes in the 21st century stand in stark contrast to the last few decades of the previous century.

In this site you will explore the history of refugee movements to Canada in conversations with refugees and the people who work with them. And you’ll hear stories of great perseverance, survival and success. 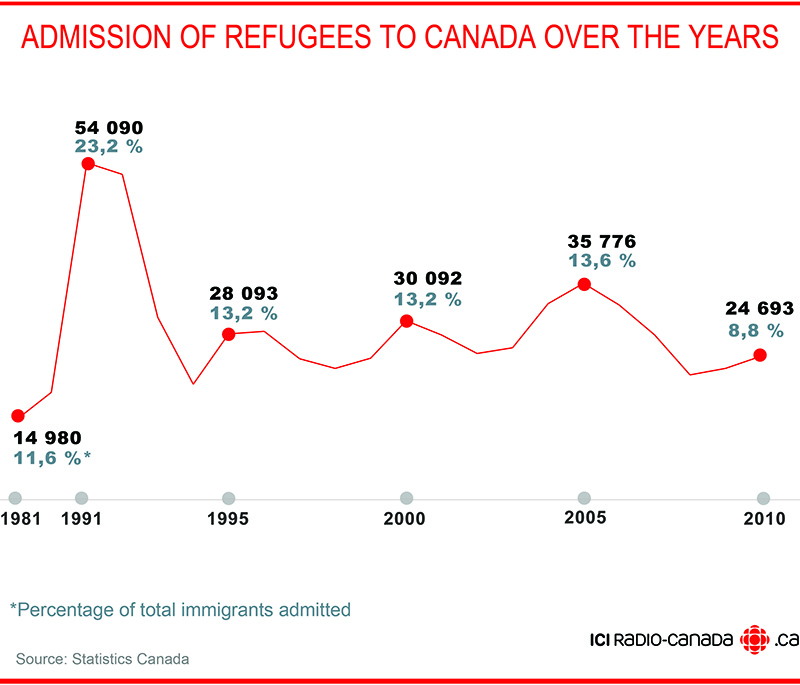