Why Award-winning Writer Kim Thuy Always Has Time for Another RefugeeSeptember 12, 2014 2:06 pmKim Thuy has a laugh that bubbles with joy, but she has seen her fair share of sorrow. At the age of 10, she remembers the adventure and the fear in the journey from Viet Nam to Canada. Below deck, her family was crowded in among 200 other people escaping on the boat. She knew […]
Carmel KilkennyWELL-KNOWN REFUGEES, WITNESS5015

The History of our Refugee System

Doctors Protest Changes to the Interim Federal Health programIn April 2012 the Canadian government made restrictive changes to the Interim Federal Health program, which covers refuges in Canada. It went into effect on June 30th with the proviso that government assisted refugees would not be affected. Doctors and healthcare staff have found the new program a disaster, from the medical viewpoint and the […]Read More

Sabine Venturelli: The Highs and Lows of Practising Refugee LawSabine Venturelli was born in France, the daughter of an Italian immigrant. She remembers feeling ostracized because of her father’s immigrant status. When Sabine immigrated to Montreal, she originally wanted to practice international law. Then she met a refugee from Lebanon, and she found her calling. Over the years she has helped many refugees prove […]Read More 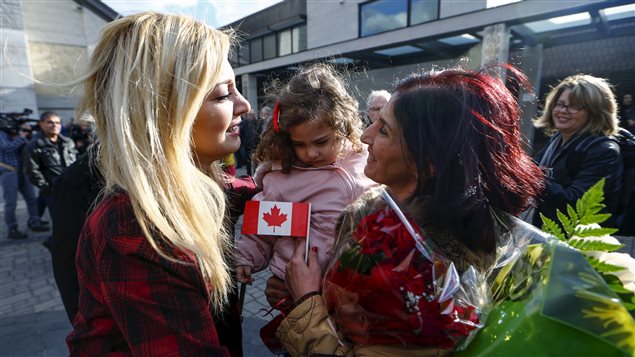 Liberals introduce ‘sea change’ to Canada’s refugee systemCanada’s refugee system has undergone “a sea change” since the arrival of the new Liberal government, says a prominent refugee rights advocate. Mitchell Goldberg, president of the Canadian Association of Refugee Lawyers, says numbers speak for themselves as the government works to fulfill its promise to bring in 25,000 Syrian refugees by the end of […]Read More

Jorge Guerra – One of the first Chilean refugees to arrive in CanadaPhoto: Jorge Guerra, former Chilean student leader and –now- humanitarian worker. In Afghanistan in 2003. Jorge Guerra is commemorating a sad anniversary; it is 40 years since he arrived in Canada.  On January 12th1974, he landed with his wife and baby.  The coup in Chile, that began in 1973, changed his life. In the chaos following the coup, Guerra, […]Read More

Living Without Fear – Gay Syrian refugee couple among first arrivalsDany Ramadan and his partner Aamer, are enjoying their first autumn in Canada, thanks to the sponsorship of a group of supporters in Vancouver. The gay couple are among the first refugees from Syria to arrive in the west-coast city. They left Beirut, Lebanon and arrived in Canada on September 9th. Gay men, children, religious […]Read More

Nada Humsi – Tragedy and Comedy in the Refugee ExperienceThe Multicultural Theater, known as the MT Space, in Kitchener, Ontario, is eleven years old now. Nada Humsi is an artistic associate. Majdi Bou-Mater is the artistic director. ‘Shallal in Toronto’ was one of the company’s productions. It takes a light-hearted approach to the challenges Iraqi refugees faced settling into life in Toronto.  ‘Shallal’ is […]Read More

Why Award-winning Writer Kim Thuy Always Has Time for Another RefugeeKim Thuy has a laugh that bubbles with joy, but she has seen her fair share of sorrow. At the age of 10, she remembers the adventure and the fear in the journey from Viet Nam to Canada. Below deck, her family was crowded in among 200 other people escaping on the boat. She knew […]Read More

Vincent Ngyuen – From Boatperson to BishopHe was one of the many so-called “boat-people” but at 18, he was probably one of the very few who had piloted the boat to safety. Vincent Ngyuen arrived in Canada in 1983, having survived the harrowing escape by boat from Vietnam, and a year in a Japanese refugee camp. He has shared the story […]Read More

Her Excellency the Right Honourable Adrienne Clarkson – Wisdom and ExperienceThe 26th Governor General of Canada, arrived in the country as a two-year-old with her refugee parents in 1941.  The Poy family were fleeing life in Hong Kong.    Adrienne grew up in Ottawa, and earned several university degrees in English.  Following post-graduate studies at the Sorbonne in Paris, she married Stephen Clarkson, a political science professor […]Read More

Writer Dany Laferriere, At Home and AbroadWindson Kleber Laferriere was born in Port-au-Prince, Haiti in 1953. When his father, the mayor of Port-au-Prince and under-secretary of state for trade, went into exile, his mother followed soon after.  Both feared the wrath of the Duvalier regime. From the age of 4, Dany Laferriere was raised by his grandmother in Petit Goave, Haiti.  […]Read More

The History of our Refugee SystemWe often hear Canada described as a country of immigrants. The Aboriginal First Nations are the original inhabitants; everyone else arrived over the last 500 Many were refugees, escaping persecution and harsh conditions in their homelands. But it was not until 1976 and the adoption of a new Immigration Act that refugees were recognized as […]Read More

Leslie Oliver – Descendant of refugees fleeing slavery in the United States in 1814It was Leslie Oliver’s mother who traced her husband’s family history and kept it alive. She was searching for more information on Adeline, the wife of Moses Oliver. The couple had endured a life of slavery on a plantation in Maryland in the United States. In 1814, the British, engaged in a war with the […]Read More
Production Team
Immigration Column on RCINET.ca

A guide for refugees