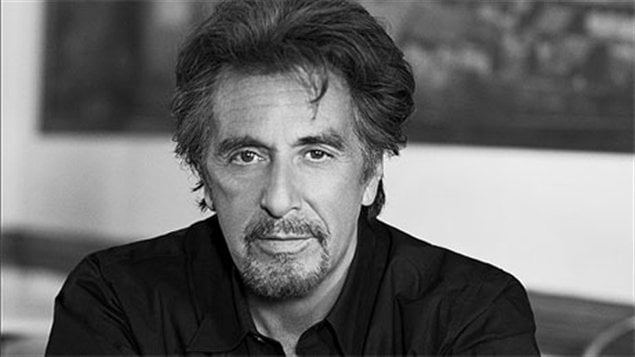 Al Pacino live, as himself, in Toronto

Al Pacino once said, “My first language was shy. It’s only by having been thrust into the limelight that I have learned to cope with my shyness.”  In September, he’ll be stepping into the limelight in Toronto’s venerable Massey Hall, a theatre known for its great acoustics.

The legendary American is a Triple-Crown winner, meaning he is one of the few actors to win an Oscar, an Emmy and a Tony.  He’s remembered for his many film roles, from ‘Serpico’ to ‘The Godfather’, but he received the Oscar for his performance in ‘Scent of a Woman’.  He received two Emmy’s for television performances in ‘Angels in America’, a story about the toll of the AIDS epidemic in the early years of the virus, and ‘You Don’t Know Jack’, the story of Jack Kevorkian, the American doctor who defended patient’s rights to euthanasia.  He won a Tony for his role in ‘The Basic Training of Pavlo Hummel’.  Al Pacino has also won BAFTA awards, and American Comedy Awards.

‘Pacino: One Night Only’ consists of on on-stage interview, as well as a Question & Answer session for audience members.  Perhaps we’ll find out where the “Hooh-ah” came from in ‘Scent of a Woman’.