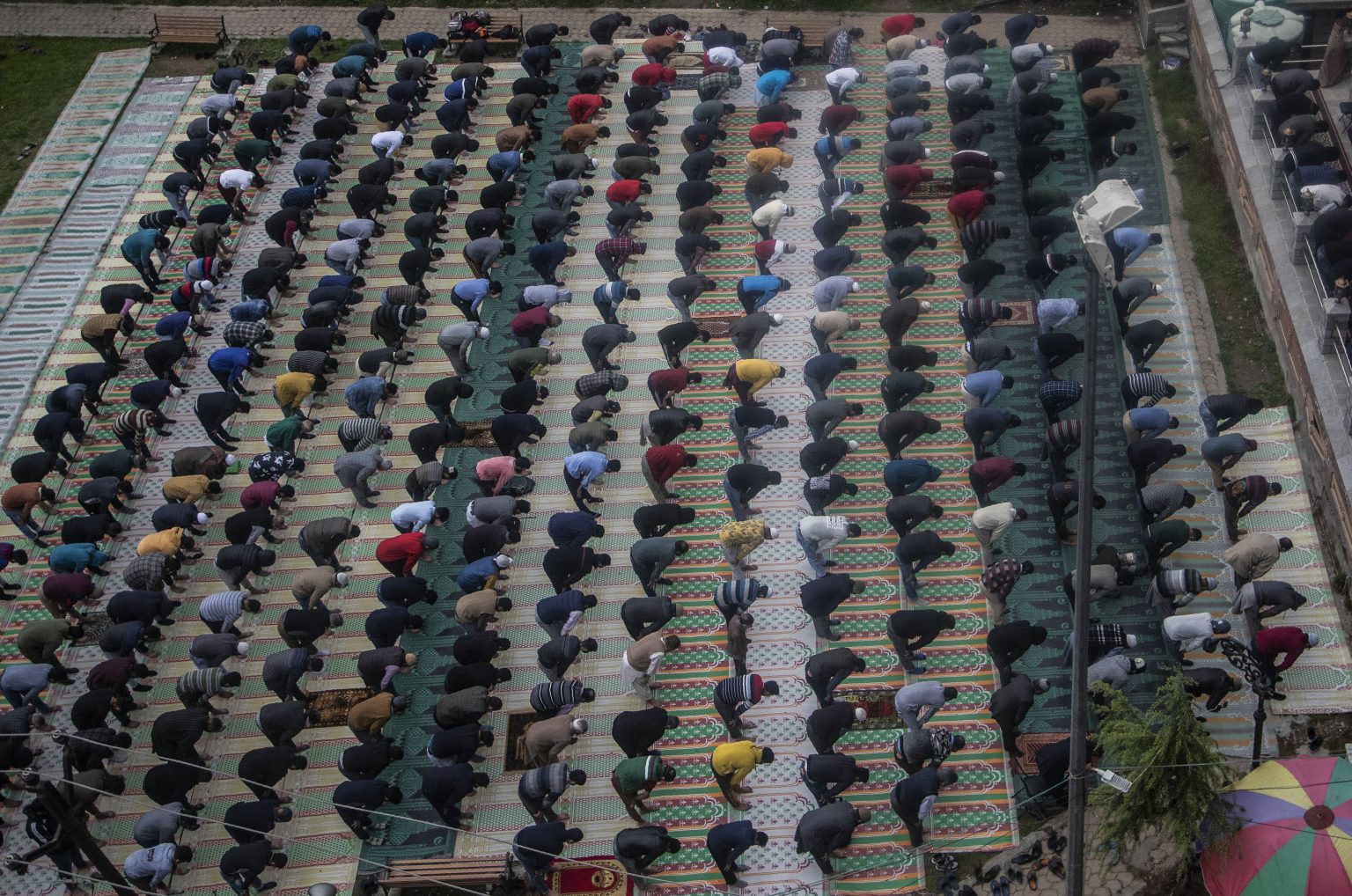 Kashmiri Muslims offer prayers outside a Mosque on the banks of a river on the first day of fasting month of Ramadan in Srinagar, Indian controlled Kashmir, Wednesday, April 14, 2021. Muslims across the world are observing the holy fasting month of Ramadan, where they refrain from eating, drinking and smoking from dawn to dusk. (AP Photo/Mukhtar Khan) 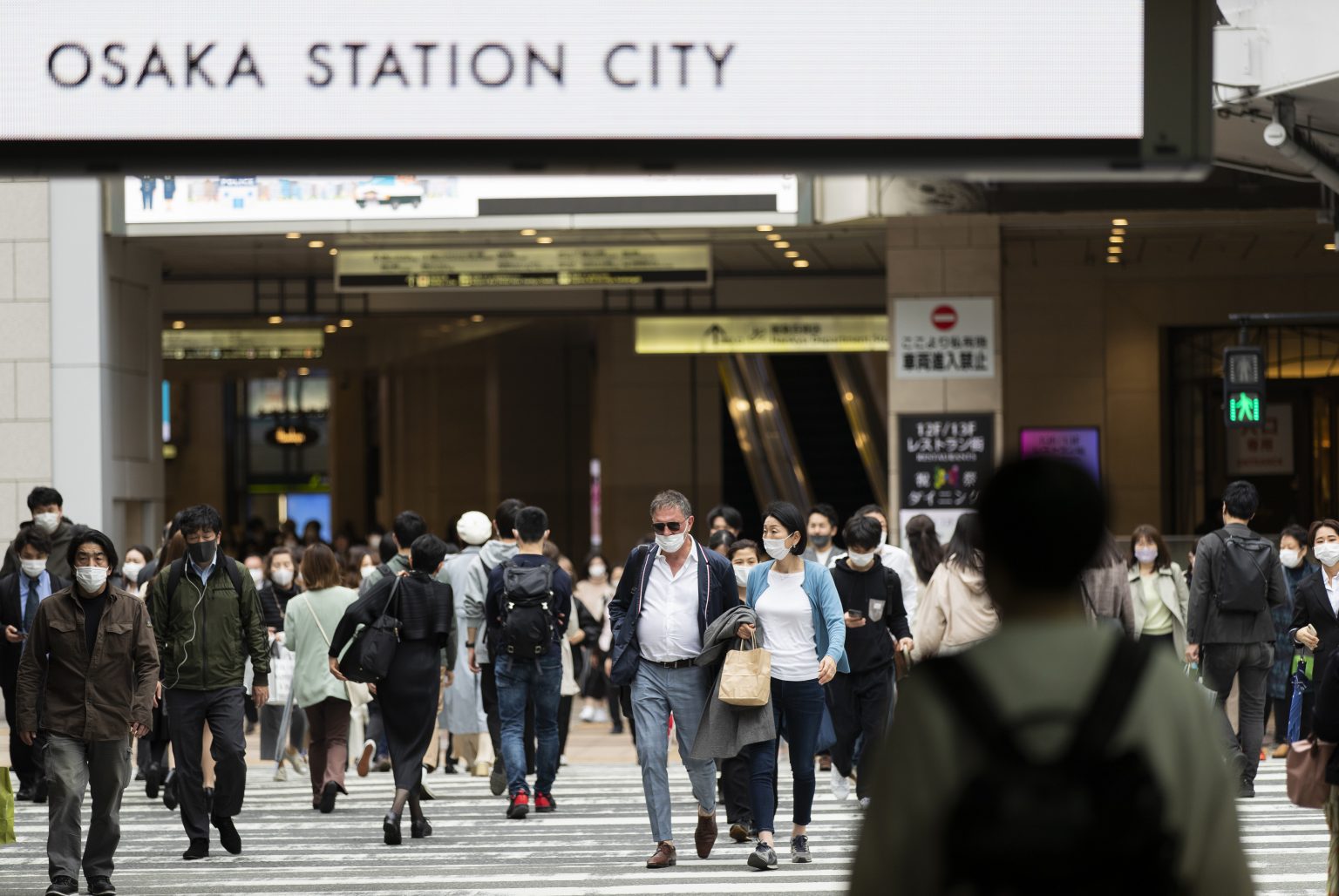 People walk across an intersection near Osaka station in Osaka, western Japan 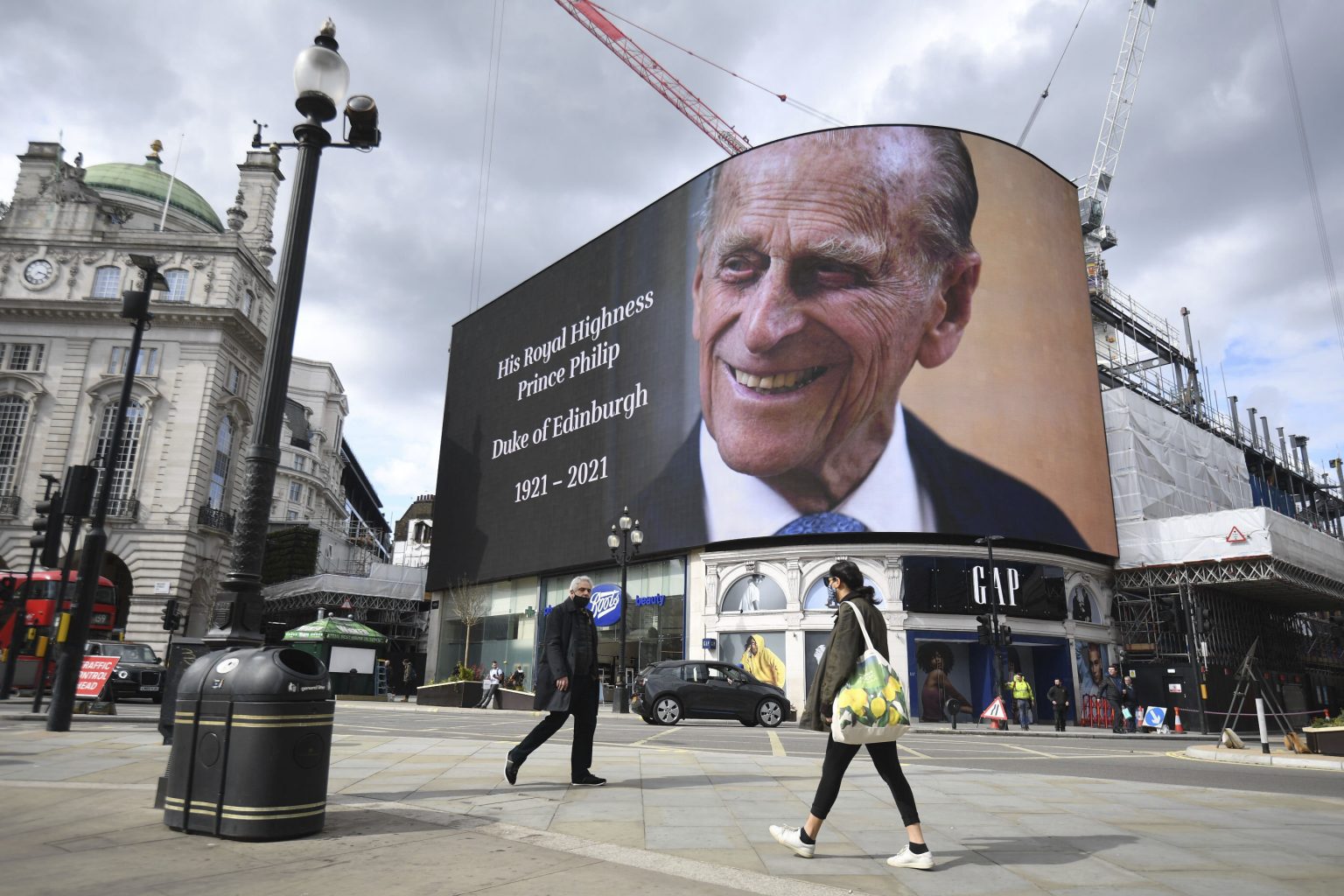 A tribute to the Duke of Edinburgh on display at the Piccadilly Lights, London

A tribute to the Duke of Edinburgh, which will be shown for 24 hours, on display at the Piccadilly Lights in central London, following the announcement of the death of Britain's Prince Philip, Friday, April 9, 2021. Prince Philip, the irascible and tough-minded husband of Queen Elizabeth II who spent more than seven decades supporting his wife in a role that both defined and constricted his life, has died, Buckingham Palace said Friday. He was 99. (Kirsty O'Connor/PA via AP) 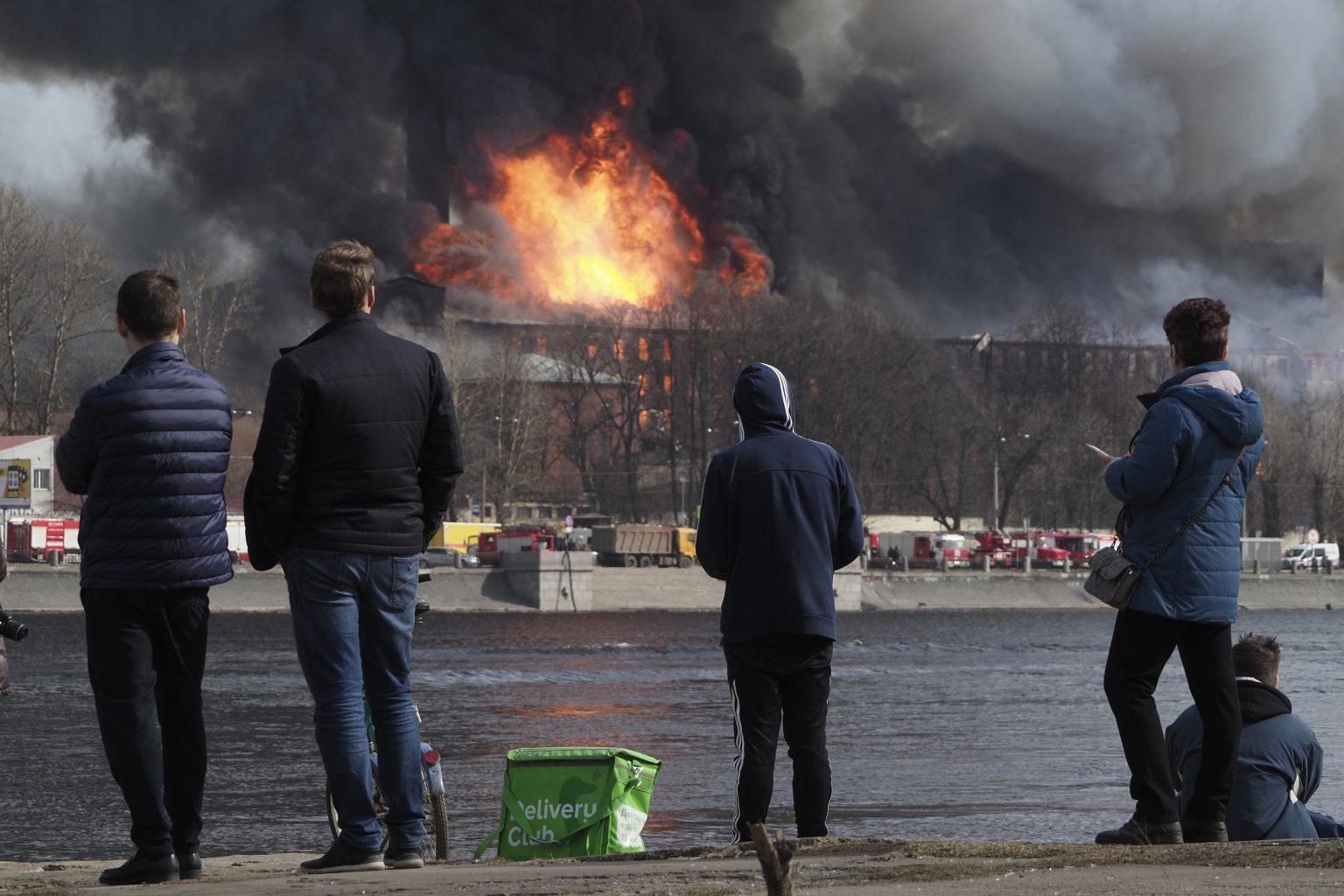 People look at smoke and flame rising from the Nevskaya Manufaktura textile factory founded by English merchant J. Thornton in 1841, in St. Petersburg, Russia, Monday, April 12, 2021. The emergencies ministry said the fire had broken out over several floors of the red-brick Nevskaya Manufaktura building on the Oktyabrskaya Embankment of the Neva River. (AP Photo/Dmitri Lovetsky) 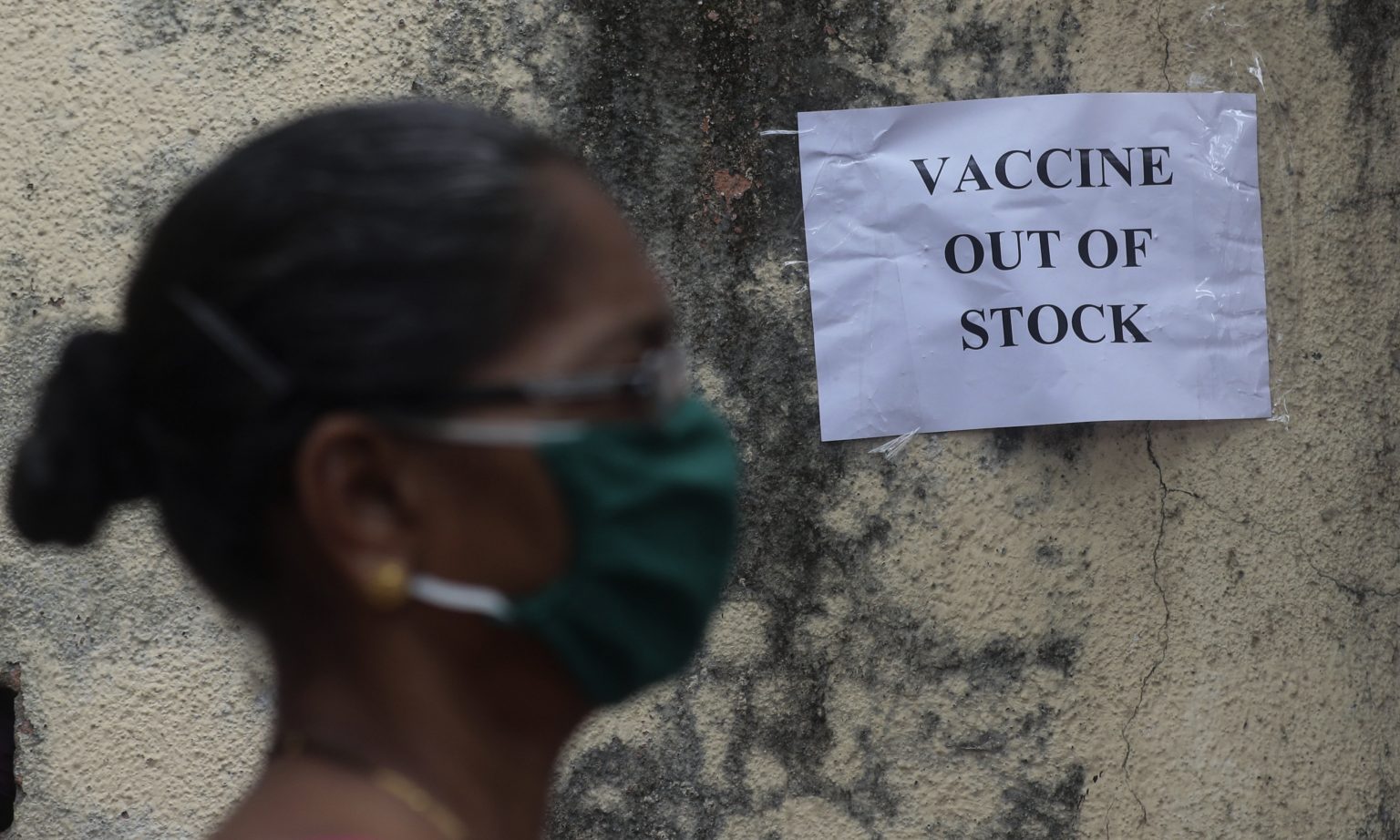 A woman wearing mask walks past a notice about the shortage of coronavirus (COVID-19) vaccine supply outside a vaccination centre in Mumbai, India, Thursday, April 8, 2021. India started its vaccination drive in January. So far, more than 90 million Indians above 45 and health workers have received at least one shot and only 11 million of them have got both. (AP Photo/Rafiq Maqbool) 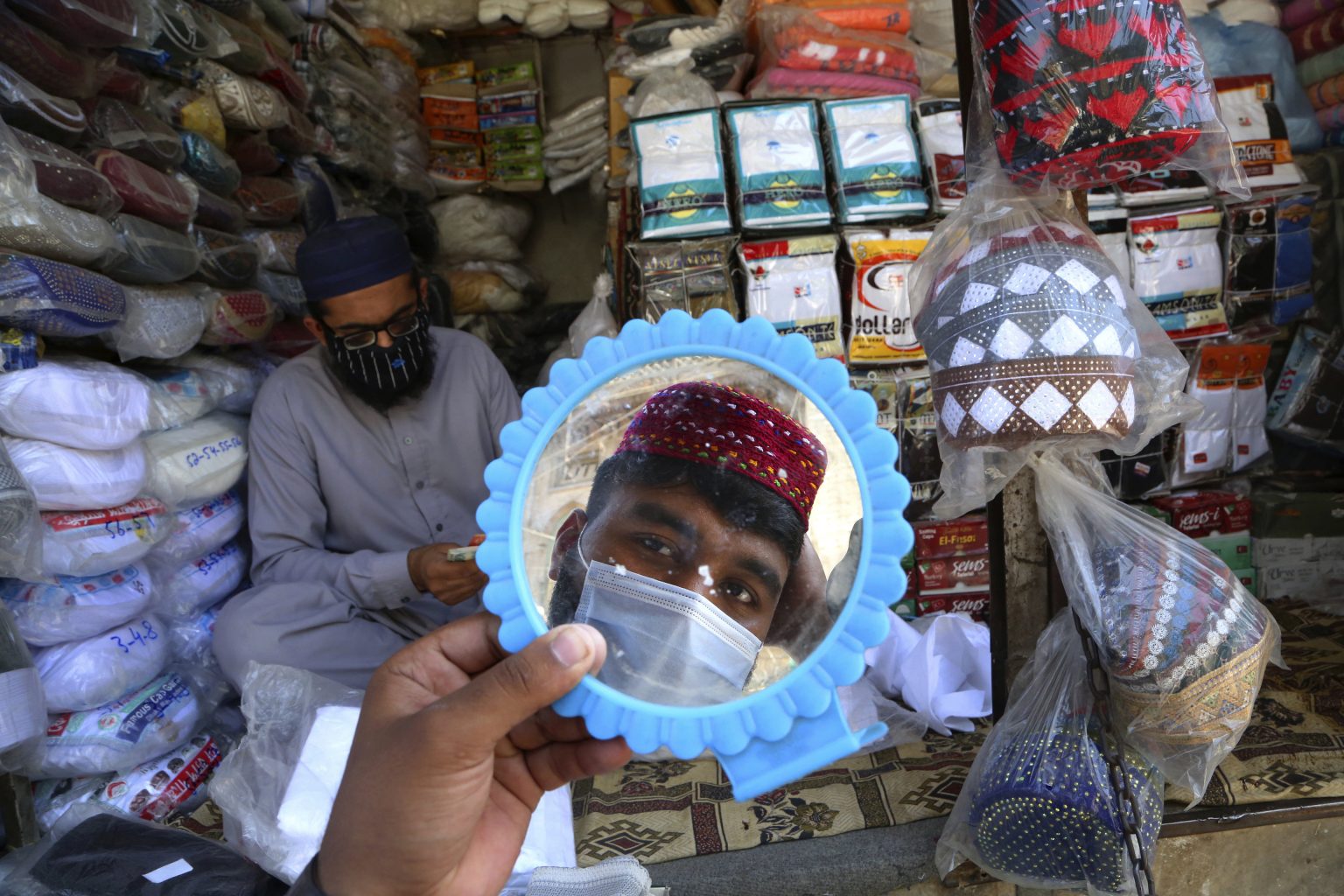 A man tries on a traditional cap in preparation for the upcoming Muslim fasting month of Ramadan, in Peshawar, Pakistan, Thursday, April 8, 2021. Muslims usually increase their religious activities during Ramadan, which begins with the new moon probably next week. Muslims around the world are trying to work out how to maintain the many cherished rituals of Islam's holiest month amid the COVID-19 coronavirus pandemic. (AP Photo/Muhammad Sajjad) 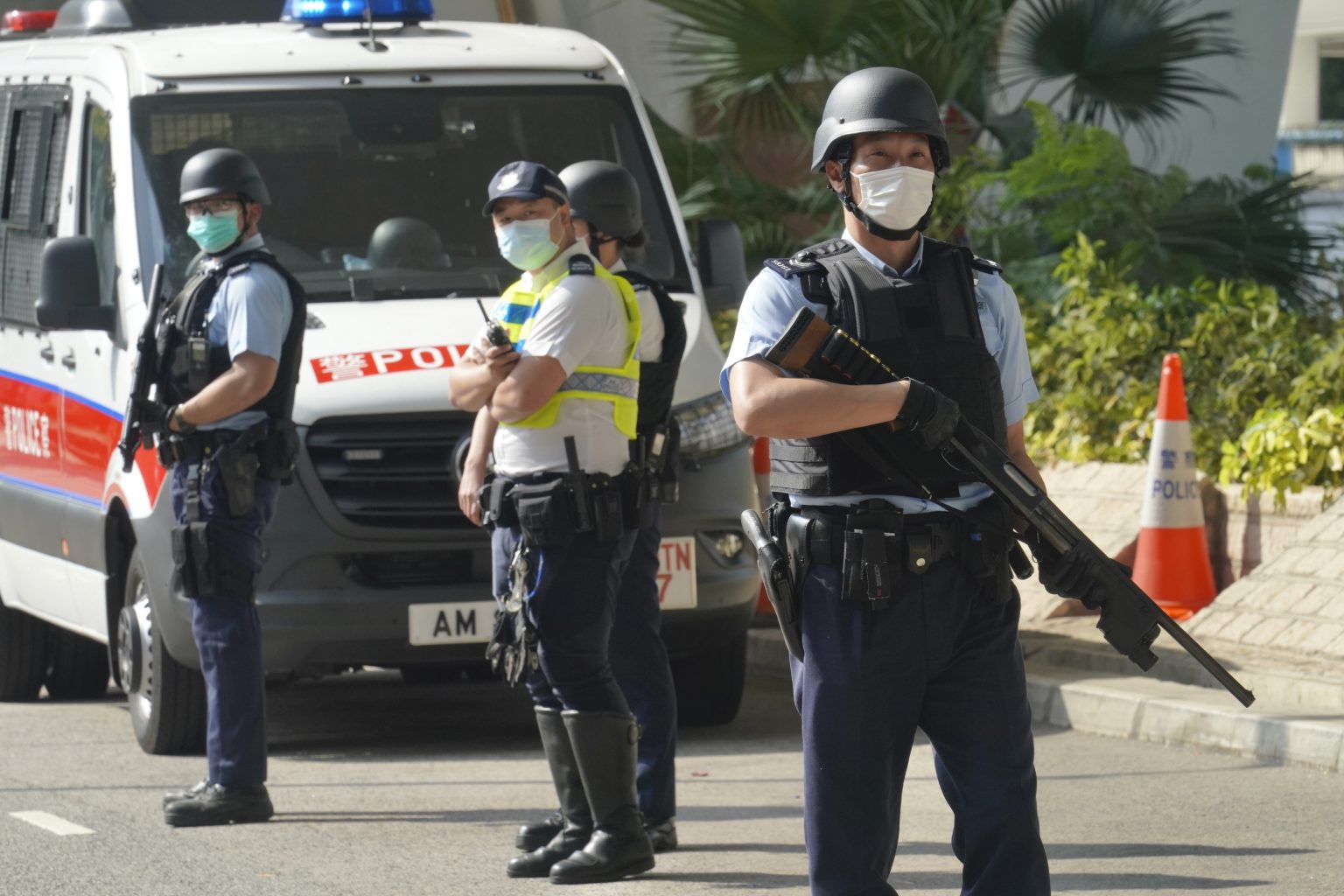 Police officers stand guard before a prison van carrying Hong Kong pro-democracy activist Andy Li leaves a court in Hong Kong, Wednesday, April 7, 2021. Li is one of the 12 young pro-democracy activists captured at sea last year by mainland Chinese authorities and returned to Hong Kong in March, as Li is charged with an offense under the newly-invented National Security Law. (AP Photo/Kin Cheung) 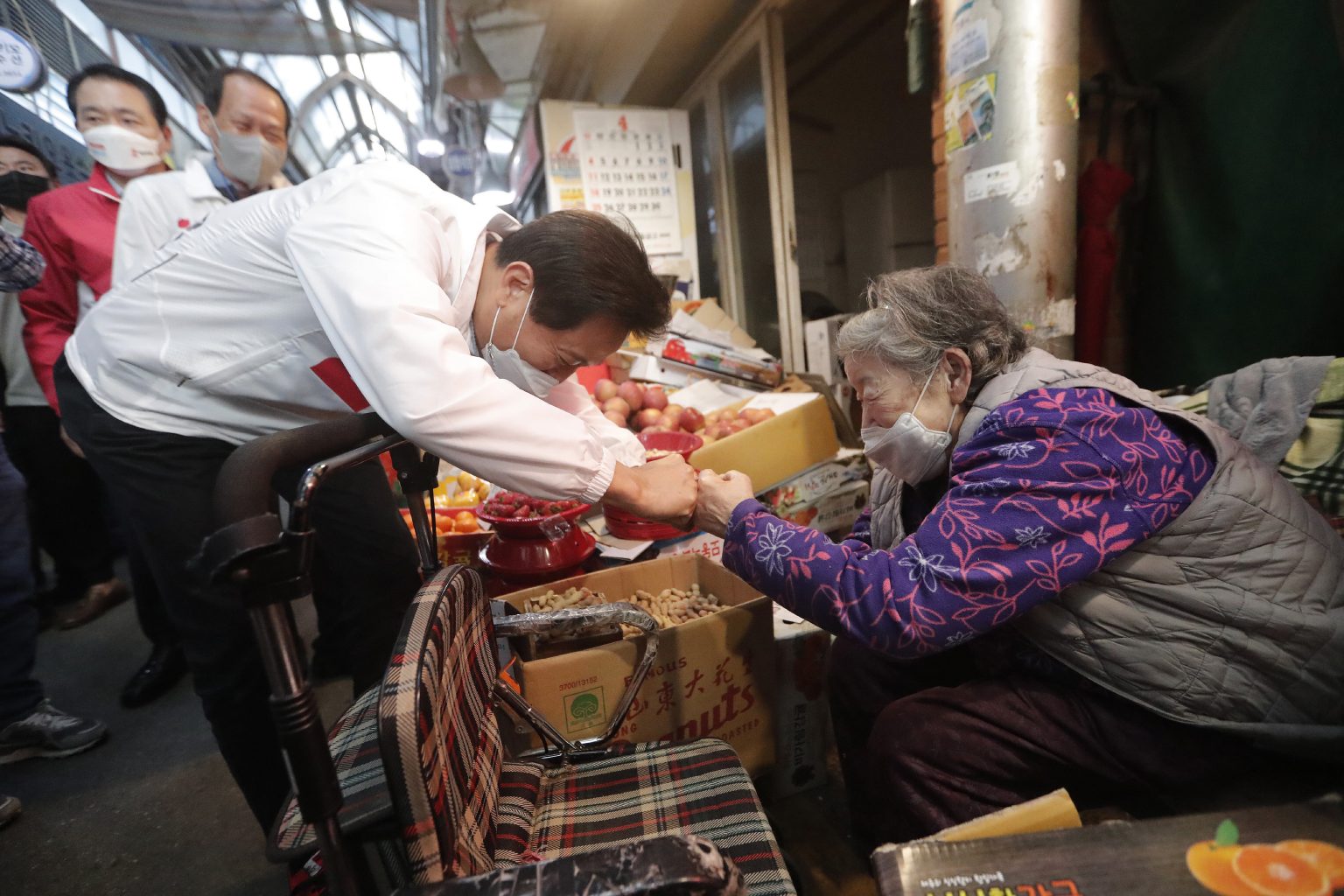 Oh Se-hoon, the candidate of the main opposition Party during a campaign，Seoul

Oh Se-hoon, left, the candidate of the main opposition People Power Party, bumps fists with a vendor during a campaign for the April 7 Seoul mayoral by-election at a market in Seoul, South Korea, Tuesday, April 6, 2021. (AP Photo/Ahn Young-joon) 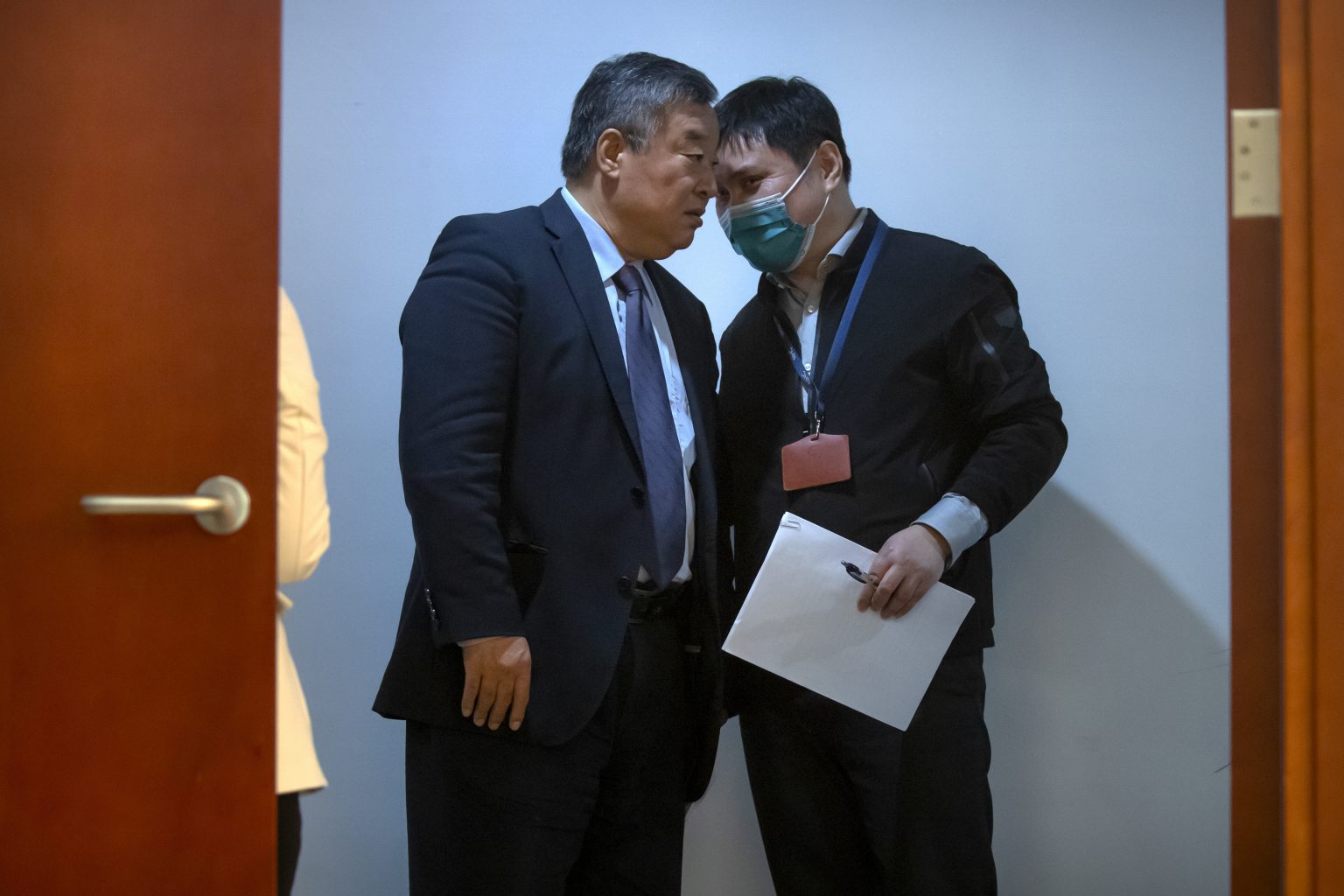 Liang Wannian, left, the Chinese co-leader of the joint China-WHO investigation into the origins of the COVID-19 pandemic, speaks with a staff member before a press conference in Beijing, Wednesday, March 31, 2021. Chinese health officials pushed Wednesday for expanding the search for the origins of COVID-19 beyond China, one day after the release of a World Health Organization report on the issue. (AP Photo/Mark Schiefelbein) 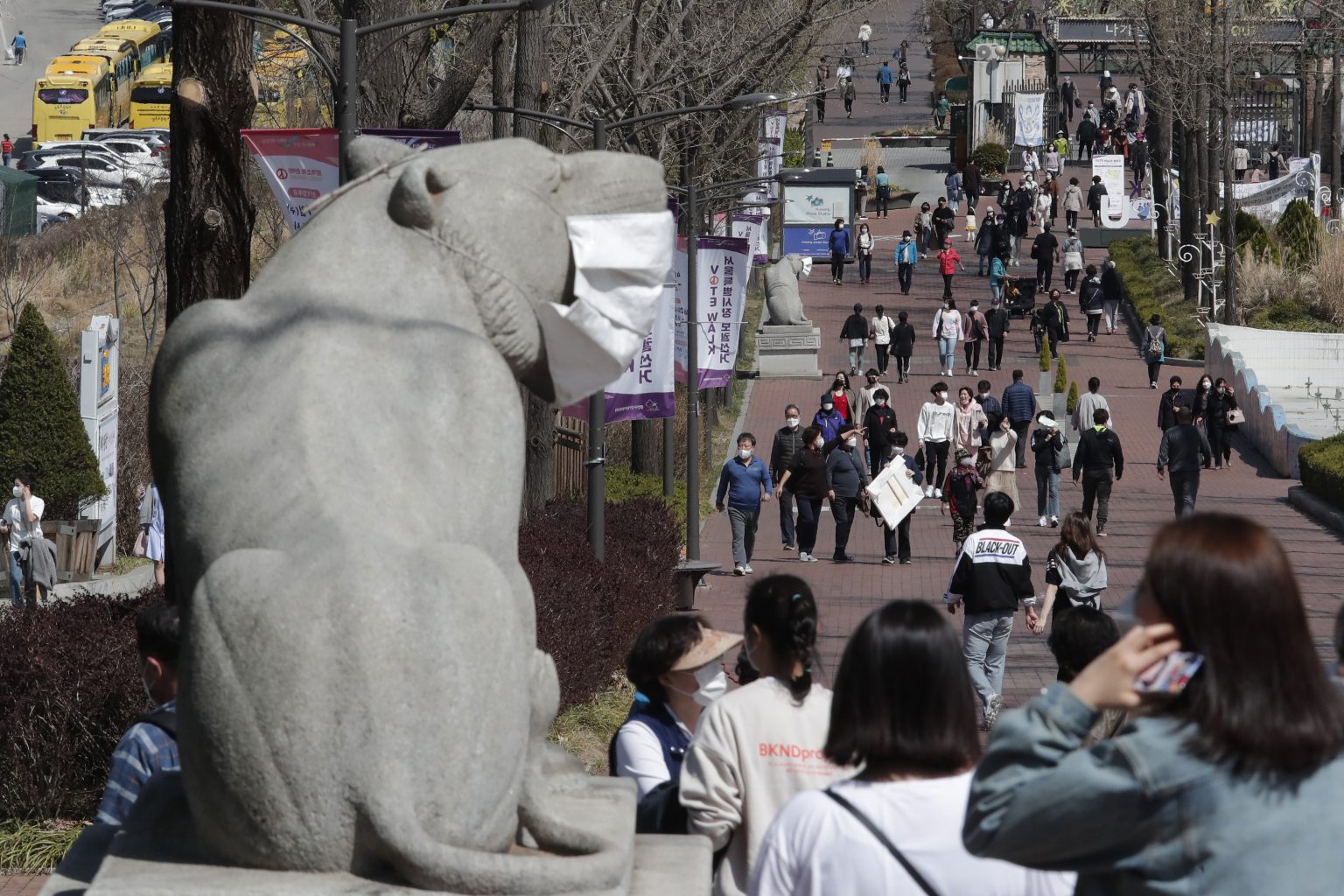