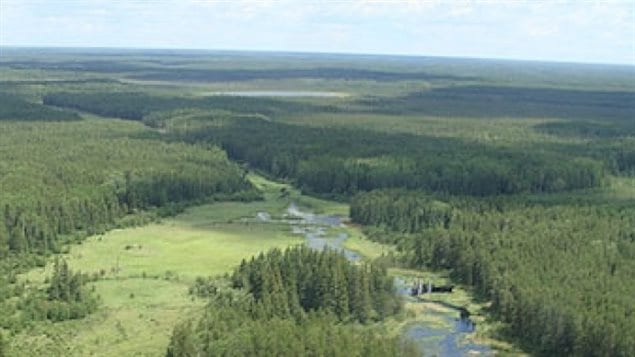 A group called “Global Forest Watch” has given Canada a black mark for its degradation of virgin forest.

In a recent report on it’s website blog the group says over eight percent of the world’s undisturbed forests were lost between the year 2000 and 2013.

Using satellite imagery, scientists from the University of Maryland, Greenpeace, Global Forest Watch and the World Resources Institute tracked changes in the earth’s forest coverage.  They found not only the scope, but the pace of decline is accelerating.

Not only that, but the research showed the greatest loss of “intact” forest was in Canada.

“There is no political will at federal or provincial levels for conserving primary forests,” Peter Lee of Forest Watch Canada said in an interview. “Most logging done in Canada is still to this day done in virgin forests.”

Logging is not the only culprit. Industrial activity such as around the Alberta oil sands is another, while forest fires are also a contributor, which Lee blames on climate change.

You are getting these huge fires which are truly degrading and no longer a part, in many cases, of the natural historic functioning of fires in boreal forests,” he told Canada.com. “They are now transforming many of these northern boreal forests into shrub lands.

The report says the loss of forest will contribute further to climate change the greenhouse gas emmissions on the one hand, and loss of forest as a carbon sink on the other.