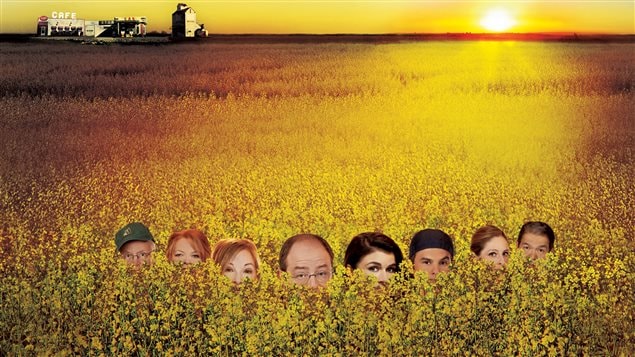 Corner Gas the movie, follows up on the success of the Canadian TV comedy series based in the fictional town of Dog River in the western Canadian province of Saskatchewan.
Photo Credit: Corner Gas

Following up on TV sitcom success, Corner Gas movie to open in December

Promotion for the Corner Gas movie, featuring the ensemble cast of the popular Canadian TV sitcom, has started highlighting not only the movie’s opening in December, but also multi-platform promotions on the Internet, and a horror-film style tongue in cheek movie teaser video.

Released on Thursday (October 2) the video features a voice over one would expect for a horror film, and cuts to Brent Butt, the comedian and creator of the television series Corner Gas at a gas pump. The series focused on a gas station in the fictional town of Dog River in the western Canadian province of Saskatchewan.

After six seasons the comedy series finale in April 2009 attracted a record-breaking 3.02 million viewers. According to a press release announcing the movie “It was a new audience high for CORNER GAS and is still the largest audience on record for a Canadian scripted television series.”

The 90-minute movie will bring the cast back together and will have its premiere broadcast on the CTV television network.