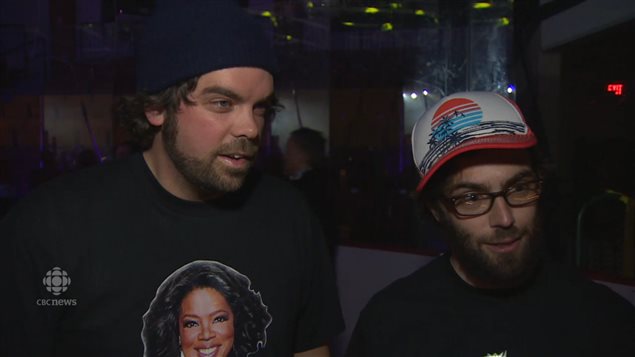 The alternative-rock duo The Town Heroes from the Canadian Atlantic coast province of Nova Scotia picked up three East Coast Music Awards (ECMA), and might have won more, points out CBC News, if they had been nominated for anything else.

The group – Mike Ryan and Bruce Gillis – from the Cape Breton region of Nova Scotia, won ECMAs in all their nominated categories: group recording of the year (for Sunday Movies), fans’ choice entertainer of the year and fans’ choice video of the year.

The East Coast has such a dynamic music scene that for more than 25 years the ECMA has focussed on the region’s musical talent across all genres from traditional, country, rock and classical.

CBC’s Bob Mersereau was not impressed by the reformatted four day festival: “The final day of the flip-flopped East Coast Music Week fizzled to an end Sunday [April 12]. In an experimental move, the awards gala was held Thursday night instead of the traditional Sunday. That moved much of the excitement early, with the usual closing day thrills almost non-existent.”