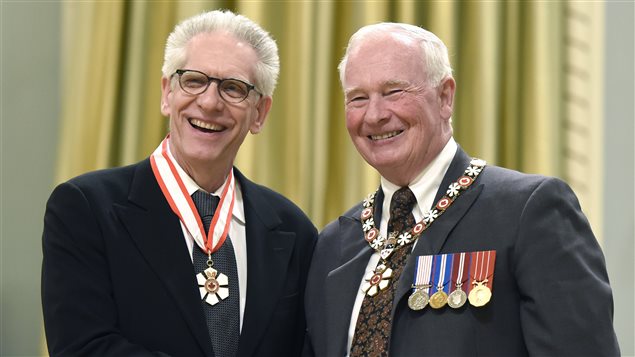 David Cronenberg, the renowned Canadian film director, was in Ottawa today to receive the highest honour in Canada.

Invested by Governor General David Johnston as a Companion of the Order of Canada, Cronenberg was promoted within the order to the highest level.

One becomes a Comapanion in recognition for national pre-eminence or international service or achievement.