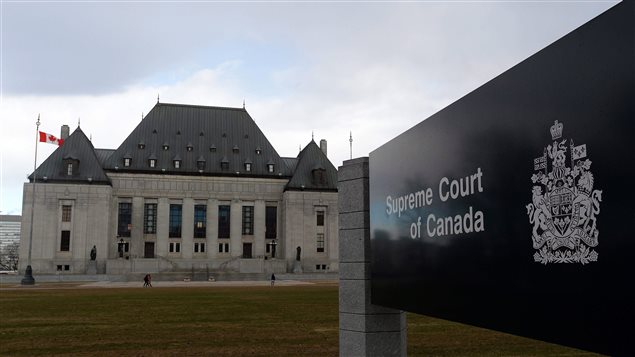 The Supreme Court of Canada, in Ottawa, ruled last week in what some are calling a 'serious setback' with regard to fair representation of aboriginal people on juries.
Photo Credit: PC / Sean Kilpatrick

The Supreme Court of Canada ruled in the case of an Ontario Aboriginal man, who was pleading his conviction in a case of manslaughter, on the basis of the lack of representation of aboriginal people, on the jury that convicted him.

it became evident that not only were there no aboriginal people on the jury, there were none in the jury pool, denying the man the right to an independent and impartial jury, according to the Ontario Court of Appeal.

“This is very bad news…”

The Supreme Court of Canada overturned that decision, and reinstated the conviction on Thursday, May 21, 2015,
The majority of the nine-member Supreme Court, ruled that the Ontario government had fulfilled its obligation to try and recruit aboriginal people into the jury pool.

Kim Stanton, Legal Director of the Women’s Legal Education and Action Fund, said the ruling is  “a disappointment”.

Kim Stanton said, “It’s unfortunate that the majority of the Court. while recognizing the long-standing systemic under-representation of indigenous people in the jury system, didn’t chose to rectify it through the courts. The majority basically said it’s up to the government to do that, and they also said that the steps that the Ontario government had taken to rectify the situation were reasonable and that that’s all they needed to do they didn’t need to be so concerned about the actual outcome of their process to increase the numbers on the jury rolls they just had to make a reasonable effort to get them on the jury roll in the first place.”

Lawyer Julian Falconer, who represents Nishnawbe Aski Nation, (NAN) made up of 49 First Nations in Northern Ontario said, “This is very bad news for what has been a long and protracted journey to start to mend fences and create real partnerships in addressing the relationship between Aboriginal people and the Canadian justice system,”

In an interview with CBC Radio, Julian Falconer, an intervenor in the case, said the Supreme Court decision is a “serious setback”. Regarding the reasonable efforts the Ontario government made to increase indigenous representation on juries,

Falconer clarified the recent history.  He explained, “between 2000 and 2008 the Ontario government knew that it was operating on dated lists and neglected to advise First Nations that that was the case. Ontario didn’t tell First Nations, as an example, that they left Kashechewan entirely out of the jury roll system. And when NAN asked for answers in 2008, the Attorney General refused at that time to mount an enquiry. So to suggest they made reasonable efforts, frankly flies in the face of the facts.  Second, the suggestion that First Nations somehow didn’t want to participate and didn’t step up flies in the face of the volunteer project that just successfully produced 473 volunteers so people have difficulty with these facts, there’s no doubt about it.”

Former Supreme Court judge, Frank Iacobucci released a review of First Nations representation on Ontario juries, that was commissioned by the province, in 2013.  But as Julian Falconer said in the CBC radio interview, “what this case is probably more about is that the Supreme Court of Canada risks making itself irrelevant on serious gains on First Nations issues. If cases continue like this, if this is the approach they take, you’re going to see efforts made by people to work around the Supreme Court of Canada rather than the court having the lead.”