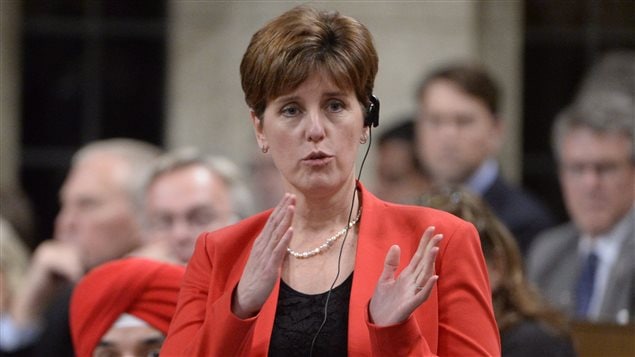 Do Liberals have a foreign aid strategy?

The Liberal government of Justin Trudeau has come out with a flurry of foreign aid announcements recently: $10 million to help developing countries implement the World Trade Organization’s (WTO’s) Trade Facilitation Agreement (TFA), $30 million to provide emergency humanitarian assistance to Ethiopia, $13.6 million to the Canada-Ukraine Trade and Investment Support project, $15 million for small and medium-sized businesses in Tanzania, and $19.5 million to train small business owners in neighbouring Kenya, and so on.

That’s in addition to $2.65 billion the Liberals have pledged to help developing countries tackle climate change.

It looks very impressive, but is there an underlying strategy behind all these announcements? To find out I called Philip Oxhorn, professor of political science at McGill University and founding director of the Institute for the Study of International Development.

(click to listen to the interview with Prof Philip Oxhorn)

The entire strategy of the new Trudeau government in foreign aid and international relations seems to be that the Liberals are simply trying to distinguish themselves from what the previous government did, Oxhorn said.

“I don’t think the government has had the opportunity to really think through what it would do differently,” Oxhorn said. “Sometimes big policy pronouncements are being made without any clear sense where they fit into an overall framework.”

One of the examples that comes up most during his meetings with civil servants is the Liberal commitment dealing with climate change, he said, referring to the $2.65 billion pledge.

“That’s a huge economic investment for Canada and it’s not clear how that will affect other foreign aid priorities, but it’s going to.” Oxhorn said. “There is simply not enough money in the pot.”

The Liberal government is still trying to come up with an overarching scheme and priorities, but also the size of the budget because of the fiscal constraints and their climate change commitments, Oxhorn said.

“The sense that I’m getting there really is no overall strategy to link the different projects but a clear effort to distinguish this government from the previous government,” Oxhorn said.

Oxhorn said he expects Canada’s foreign aid focus to remain on Latin America even if there might be some initial refocusing towards less developed parts of Africa and Asia.

“I don’t think that anybody really has a clear sense of how to reimagine foreign policy as whole in a way that’s consistent, that connects all of the dots, that gives priorities and also distinguishes the government from what the Harper’s government was doing,” said Oxhorn.

All this points to a real need for a comprehensive foreign policy review, he said.

“I think the government really needs one in order to start setting up priorities in a consistent way,” Oxhorn said, “that it’s more than simply a kneejerk reaction of the Conservatives did it, we won’t or vice versa.”