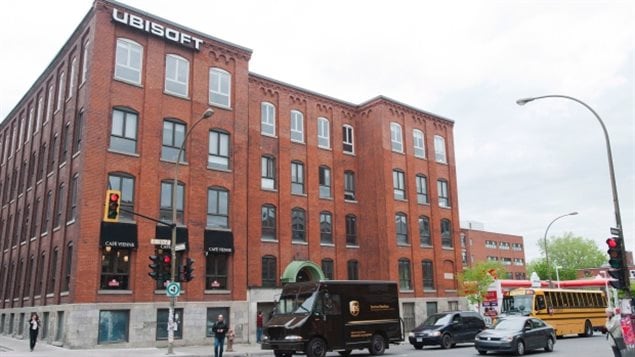 Ubisoft's headquarters in Montreal, the largest worldwide, is the centre for 2700 employees in Quebec. The new venture, the company says, will provide "experiences that go beyond video games."
Photo Credit: CP / Graham Hughes

Ubisoft is going out into the community with a new family entertainment centre planned for Montreal. Rabbids, the company’s hit video-game franchise will be the theme for the new destination.

The 1,400-square-metre-centre is scheduled to open as the summer winds down in August, in a suburb of Montreal.

Ubisoft Canada’s managing director, Olivier Ernst, a father of two young children, saw the possibilities with the Rabbids franchise beyond the screen.

“Rabbids are very wacky, (there’ll be) lots of action going on,” Ernst told CBC News. He described them as “very very funny” and promises the site will be a great place for a family to spend a few hours.

We’ll have more on these developments soon.