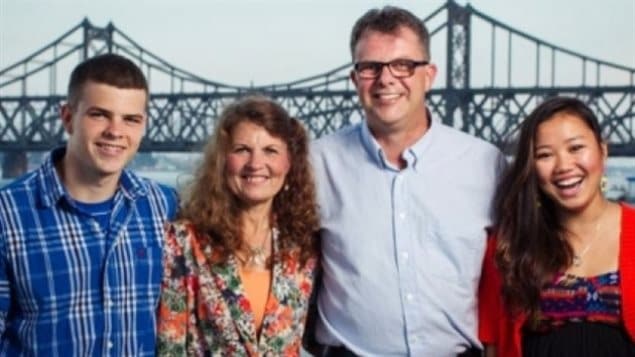 Kevin and Julia Dawn Garratt (centre) shown here flanked by their son Peter and daughter Hannah, were detained in August. 2014 near the border with North Korea.
Photo Credit: Simeon Garratt

Kevin Garratt is home, on Canadian soil, after more than two years of detention in China. Chinese authorities had detained Kevin and his wife Julia, in August of 2014.

Garratt was indicted by prosecutors in Dandong, a city on the North Korean border where he and his wife ran a popular coffee shop and conducted Christian aid work for North Koreans.

The Garratt’s had lived in China for 30 years when they were arrested by the state security bureau. Julia Garratt was released on bail in February 2015.

Kevin Garratt was accused of spying for Canada intelligence agencies. The couple’s son, Simeon Garratt, who lives in Vancouver, had ardently denied his parents were involved in espionage.

Prime Minister Justin Trudeau returned from a visit to China last week with no mention of this outcome. We’ll have more on these developments tomorrow.