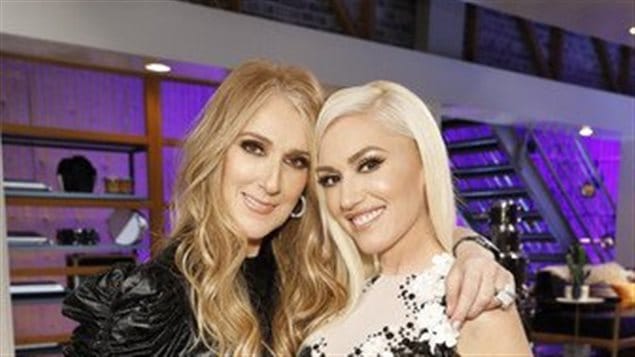 Celine Dion is joining ‘The Voice’

Céline Dion, or “the voice” is joining The Voice.

The Canadian pop superstar announced the news on her social media accounts on today, and on NBC’s Today show in the United States.

She will be advising fellow pop star Gwen Stefani‘s team during the upcoming battle rounds in season 12 of the NBC singing competition.

The show is seen on the CTV network in Canada.

Stefani, one of the coaches on the show, hears and sees unsigned singing talent, competing for a record deal.

Both Dion and Stefani appeared in the pre-taped Today show segment, gushing about working with each other.

Dion burst into song every so often as the two discussed their excitement about working with each other.

Dion’s concerts in Los Vegas continue until February 4th, 2017, and then she begins a summer tour of Europe in mid-June.