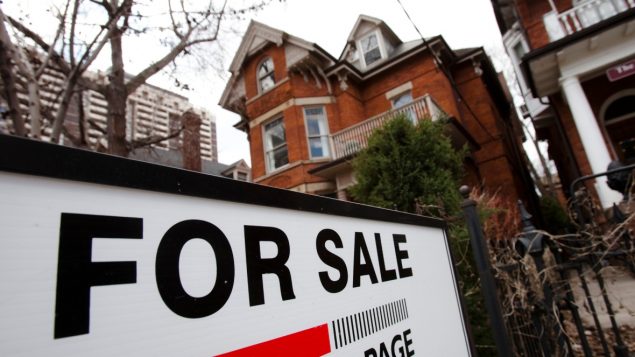 The average price of a Canadian home sold last month went for just over $491,000, down 10.4% from one year earlier. (Mark Blinch/Reuters)

Toronto‘s sizzling real estate market appears to be cooling. According to the Toronto Real Estate Board, selling prices dropped more than 12 per cent from the historic highs they reached in 2017.

And year over year in February, sales in the Greater Toronto Area (GTA) fell nearly 35 per cent. 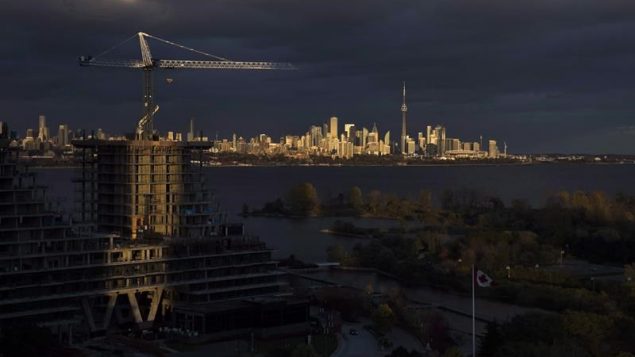 Toronto’s Humber Bay provides a great view of the skyline, with condominium construction underway in the foreground. (CP)

After Vancouver, Toronto is the most expensive real estate market in Canada. The average selling price, for all types of housing, was down 12.4 per cent to $767,818

A total of 5,175 residential transactions went through the board’s MLS system last month, down 34.9 per cent compared to the 7,955 sales in February 2017.

The biggest decline, in the number sold and sales price compared with last year, was in detached houses, the most expensive of the major categories followed by the TREB.

“When TREB released its outlook for 2018, the forecast anticipated a slow start to the year compared to the historically high sales count reported in the winter and early spring of 2017,” TREB president Tim Syrianos said yesterday.

“Prospective home buyers are still coming to terms with the psychological impact of the Fair Housing Plan, and some have also had to re-evaluate their plans due to the new OSFI-mandated mortgage stress test guidelines and generally higher borrowing costs.”