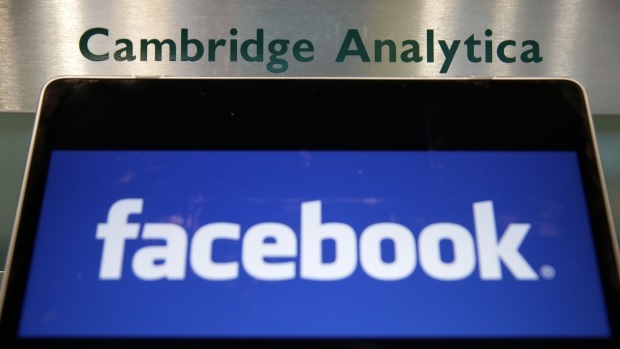 Nearly three-quarters of Canadians told an Angus Reid Institute online survey that they would change their behaviour on Facebook after data mining issues were revealed. PHOTO:Daniel Leal-Olivas/AFP/Getty Images

New survey checks attitudes since revelations of misuse of data

The worldwide backlash started with the recent revelation that a British-based company, Cambridge Analytica quietly gathered data on some 50 million Facebook users,

This came on the heels of allegation by Canadian whistleblower Chris Wylie who said he used data from Facbook to help the Trump campaign. More damage came from a secret taping of the British firm’s CEO in which it is alleged the firm used information from Facebook and certain tactics to influence the U.S presidential election.

The CEO has since been suspended.

That has done little to stop the #deletefacebook movement. 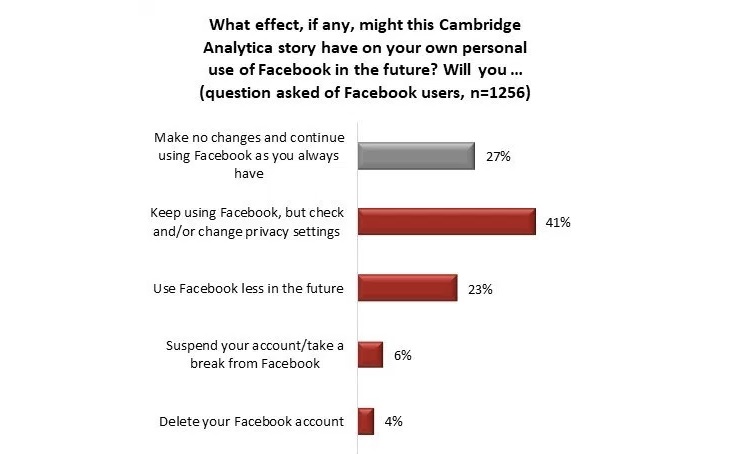 In Canada, a new two-part survey by the Angus Reid Institute, looked into the subject, The online polls conducted from  February 28 to March 2, and the second from March 21-22 each involved just over 1500, randomised adults,

The results showed almost three-quarters of Canadians said the news and allegations has meant they will make at least some changes to how they’ll interact with the social media platform. One in ten (10%) say they will abandon the service, at least temporarily, although among them four per cent say they plan to delete their account. 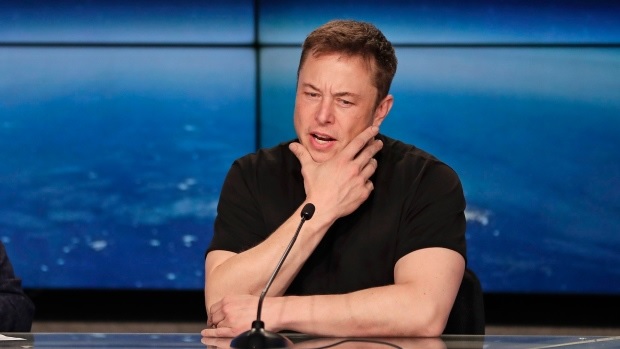 Elon Musk has deleted his Facebook account and removed those of the companies he owns; Tesla and SpaceX. (John Raoux/Associated Press

Although all are viewed more favourably than not, Facebook’s unfavourable rating between February and March climbed from 28% to 33%, while its favourable rate dropped from 45% to 41%.