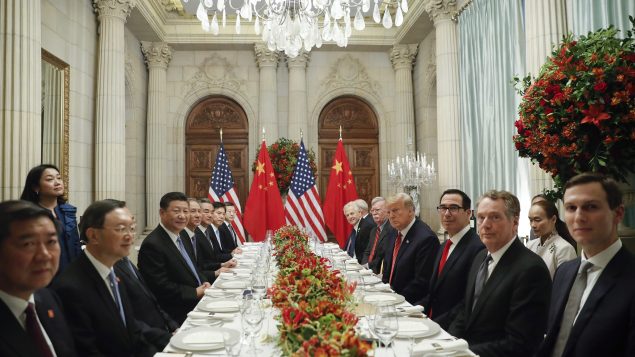 Trade has been one of the dominant foreign affairs issues for Canada this year, and the situation has deteriorated significantly as we enter the new year.

The arrest and detention of Meng Wanzhou, Huawei CFO, in Vancouver, at the request of the United States, has ignited Beijing’s retaliation on Canada.

The arrest took place on the same day U.S. President Trump was meeting with China’s leader, Xi Jingpin, and it has rendered Canada in a complicated triangulated position as the two global powers vie for supremacy.

This is my biggest fear for 2019, and that’s this emerging trade war between China and the United States.

Ian Lee, an assistant professor at Carleton University in Ottawa, says these most recent developments are not good news.

In an interview with Professor Lee, last week, he said he’s most concerned with the brewing trade war between the world’s largest economies.

A trade war will be potentially devastating to the world economy, Lee says, as the United States and China battle it out. 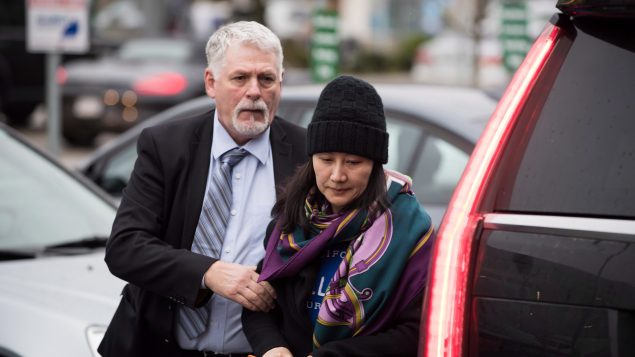 Huawei chief financial officer Meng Wanzhou, right, is escorted by a member of her private security detail while arriving at a parole office, in Vancouver, on Wednesday December 12, 2018. As the international story about a Chinese tech executive wanted by the United States began unfolding from a Vancouver courtroom, the phone lines for a local Mandarin-language radio program began lighting up. THE CANADIAN PRESS/Darryl Dyck

But the long predicted market “correction” may now be on its way to becoming the recession in 2019.

There is room for negotiation by the U.S. imposed deadline of March 2019. Perhaps the Lunar New Year, February 5th, heralding the Year of the Pig will help. It is said to be a time of abundance and good fortune.

Meanwhile, a third Canadian is now in detention in China. Sarah McIver, who taught English in China, was detained for routine work visa violations.