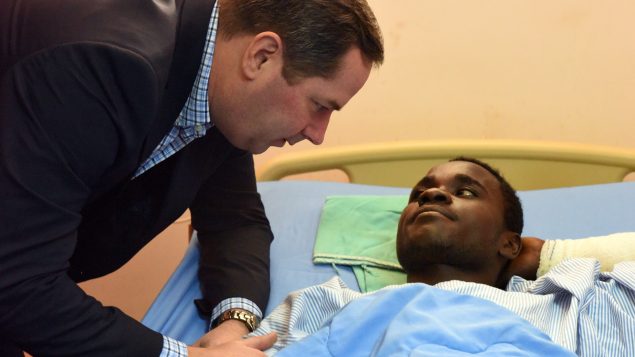 Benoit Desormeaux, CEO of the Canadian gold miner Semafo, comforts Fulgence Ilboudo, an injured victim of the attack on a road leading to the Boungou mine, while visiting the survivors at the Blaise Compaore Hospital in Ouagadougou, Burkina Faso Nov. 12, 2019. (Anne Mimault/REUTERS)

A Canadian-owned mine in Burkina Faso that suspended operations in November following a deadly ambush on its workers, which killed 38 people and injured dozens of others, says it won’t resume operations this year.

Benoit Desormeaux, president and CEO of Semafo, said Monday the Montreal-based company is evaluating a variety of options to restart operations at its Boungou mine in northeastern Burkina Faso following the Nov. 6 attack.

Semafo said five of its buses with a military escort came under fire on the road leading to the gold mine in the eastern region of Est, about 40 kilometres from Boungou, in the worst such attack in the West African nation for years.

Desormeaux said the company would need support from the government and its suppliers to restart operations at the mine.

“Any restart plan will require the government to increase the security of the public road to Boungou as well as in the region,” Desormeaux said in a statement.

‘It’s been a very difficult time’ 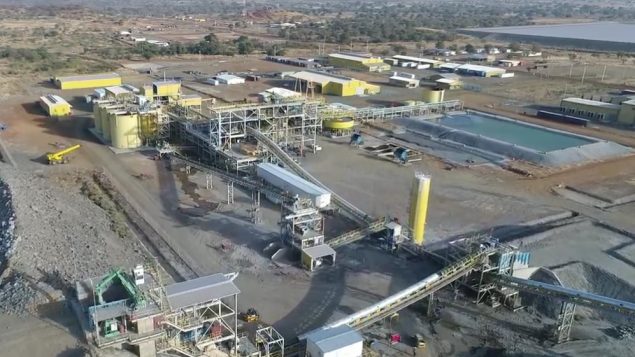 Reeling from a deadly ambush that killed 38 of its workers and injured 60 others, Quebec-based gold miner Semafo says it won’t resume operations this year. (Semafo/YouTube)

In the meantime, the company is also looking into airlifting personnel to the mine site. Semafo had already started building an airstrip near the mine before the attack and it would take another three months to complete the project.

Transportation by helicopter will continue until the airstrip is completed and operational, Desoreaux said.

The mining company has deployed additional security guards at the mine to ensure the safety of the site and of the small number of remaining workers, he added.

While it’s waiting for the security situation to improve, Semafo will process about 1.1 million tonnes of ore it has already extracted from the open pit mine.

“It has been a very difficult time, but our team has risen to the occasion,” Desormeaux said. “It has been almost a month since the unprecedented attack, and we continue to support the victims and their families while working on plans for now and for the future.”

Operations at the Mana mine, the second gold mine Semafo operates in western part of the country, continue, albeit with increased security, Desormeaux said. 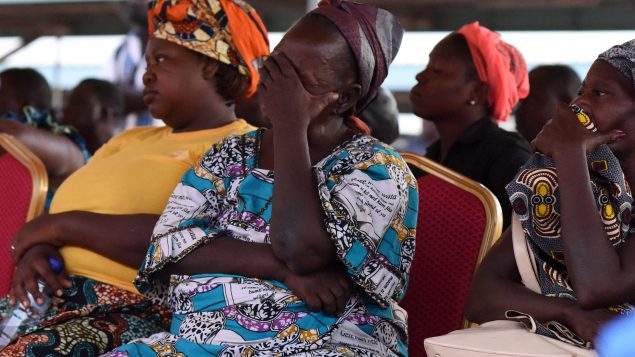 Family members of victims of an ambush on workers near a Canadian-owned mine, react during their meeting with officials in Ouagadougou, Burkina Faso Nov. 7, 2019. (Anne Mimault/REUTERS)

The ambush near the Boungou mine underscored the deteriorating security situation in Burkina Faso, which observers say has increasingly become a refuge for jihadists from neighbouring Mali and Niger.

At least 14 people were killed Sunday after gunmen opened fire inside a church in Hantoukoura, in the eastern part of the country on the border with Niger.

Burkina Faso’s capital, Ouagadougou, was hit by extremist violence for the first time in January 2016. At least 30 people were killed after the militants targeted a cafe popular with foreigners.

Then in August 2017, 18 people were killed in an attack on a Turkish restaurant in the capital. Jihadists have attacked churches across the north but also have focused on foreign business interests.

Burkina Faso declared a state of emergency for the country’s border regions, including Est region where the latest attack occurred, on Jan. 1.

According to security experts, the threat from terrorism and kidnapping remains high in Burkina Faso’s Sahel and Est regions.