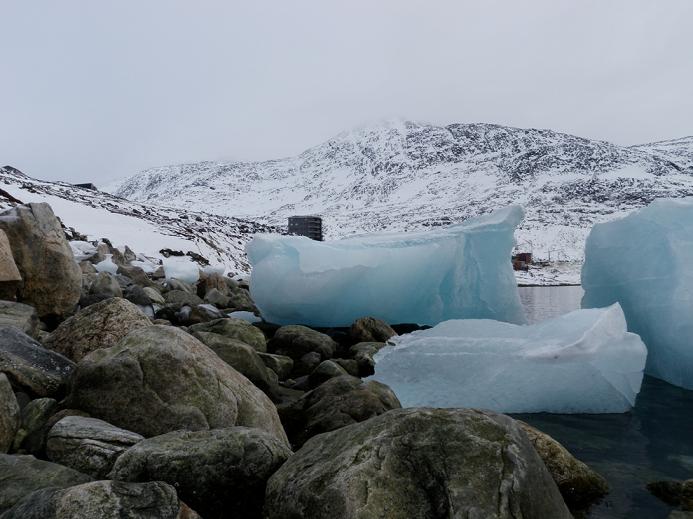 Some of Greenland’s politicians say they want to team up with Nunavut to demand better protection for Arctic waters, as areas like the Northwest Passage open up to more marine traffic.

Several members of Greenland’s home-rule government’s foreign affairs and security policy committee are meeting with Nunavut Premier Eva Aariak and other leaders in Iqaluit this week to talk about issues concerning the regions, both of which have large Inuit populations.

Aleqa Hammond, one of the Greenland MPs, said people in her country are worried about the shrinking and thinning polar ice cap, and how it could affect Arctic waterways.

“The Northwest Passage and also the North Pole will put us in a very, very fragile and delicate situation,” Hammond told CBC News.

“The North Pole will be ice-free during summer in years to come, and that itself will put the Arctic Sea basin on a very high risk of … environmental disasters that might be there,” she added. “Many of the ships that are coming in our waters … are not built for icy waters.”

If an accident ever happens in Arctic waters, Hammond said that could jeopardize the fragile Arctic environment — especially in areas where narwhal and other marine mammals migrate — in both Greenland and Nunavut.

Hammond and other members of the committee said Greenland wants to join forces with Inuit in Nunavut to call for tough marine regulations and controls, especially rules calling for all ships travelling in the Arctic to be double-hulled.

The call for tougher Arctic marine rules was applauded by Michael Byers, the Canada Research Chair in Global Politics and International Law at the University of British Columbia.

Byers said Canadian marine legislation that governs areas such as the Northwest Passage dates back to the 1970s, and must be updated to address new realities in the Arctic.

He also noted that as the sea ice melts, the waters of the central Arctic could become a very busy shipping route in the next 10 to 20 years.

“It’s also quite significant that they’re talking about the central Arctic Ocean, talking about areas that are beyond the jurisdiction of any coastal state,” Byers said.

“Perhaps we will see here an effort by the Arctic Council to draft a new multilateral treaty on shipping standards for the Arctic Ocean for those areas in international jurisdiction.”

The issue of Arctic marine protection is expected to be discussed at the Arctic Council’s next meeting this spring in Greenland.