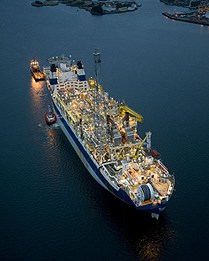 Earnings before interest, taxes, and other costs were US$ 267 million, almost twice that in the same period last year. Lundin attributed the improvement to higher-than-expected production and high oil prices.

It also gave an optimistic outlook for its Avaldsnes field in the Barents Sea – an area where Statoil recently discovered oil – and said the results of an initial appraisal looked “extremely encouraging”.