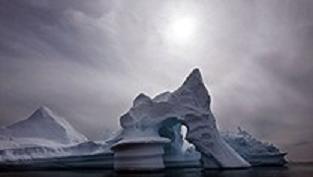 Sweden has only had the chairmanship of the Arctic Council for six months but already the government’s strategy is being criticized by Greenpeace and opposition parties.

Arctic areas are heavily affected by global warming. Glaciers and sea ice are melting more extensively than ever before. As the ice withdraws it opens up new transport routes. Many companies, such as oil and fish industries, see the opportunity to exploit new natural resources.

Greenpeace and Swedish opposition parties want the government to take a stricter stand towards future oil exploitation in the region.

“They aim too low”, says Therese Jacobson from Greenpeace.

“If we globally want to reach the goals we have set for the climate politics, which the Swedish government says it is protecting, we can not open for new exploitation of oil fields in the Arctic areas,” says Gustaf Fridolin, one of the Green Party’s two spokepersons.

On the contrary, the minister of environment, Lena Ek, says there are no international legal regulations that make it possible for one state to stop oil activity by another state.

“We are trying to enforce or develop new regulations on environmental impact assessments. That is, as far as we see it, the only legal improvements we can develop within reasonably short notice. Politically, you can always speak about what to do or not and we have very strong views about the strategy for the Arctic areas. But we have to do this together with two super powers, USA and Russia, so it’s not as easy as wishful thinking”, says Lena Ek.

485 ♥ Inuit gov. in Atlantic Canada calls for people to stop travel to and from their region

355 ♥ Is Norway's farmed salmon as healthy as we think?