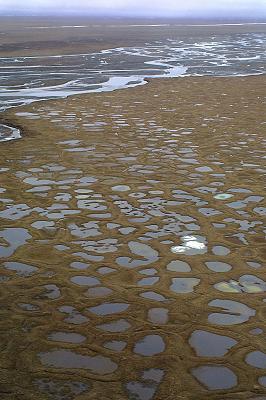 Nearly one third of the protected areas was declared wilderness. Numerous national parks, monuments, preserves, and wildlife refuges were created or expanded by the Act. Senators Ted Stevens and Mike Gravel opposed turning over such a large amount of area to the National Park Service, claiming that it would harm the prospects for economic development in Alaska.

While the decision was ultimately unpopular, the creation of numerous national park areas served to increase tourism in the state. Still, Gravel lost his seat in the next election, as constituents blamed him for the decision. Furthermore, tourism to ANWR has not increased. The park is extremely remote, with no roads leading to it. Only about 250 visitors come to the park every year (“elitists,” as Representative Don Young (R-Alaska) calls them, as we’ll see later).

Looking back at ANWR

While the House voted to declare the entire refuge as wilderness, the Senate differed. In the end, eight million acres of ANWR were designated as wilderness, while 1.5 million acres of coastal plain were not. Section 1002 of ANILCA called for the following in the coastal plain: a “comprehensive and continuing inventory and assessment of the fish and wildlife resources of the coastal plain of the Arctic National Wildlife Refuge; an analysis of the impacts of oil and gas exploration development, and production, and to authorize exploratory activity within the coastal plain in a manner that avoids significant adverse effects on the fish and wildlife and other resources.”

A baseline study was completed by the Department of the Interior in 1987. A more recent report written in 2001 by ANWR staff is a more accurate reflection of current conditions in the park for oil and drilling, yet it is still ten years old. The USGS estimates that between 3 and 10.4 billion barrels of oil are economically recoverable at $30 [1]. With oil at almost $100 a barrel, even more oil is likely economically recoverable. Yet still, there would hardly be enough oil to fuel annual American consumption, which in 2007 totaled 15.1 billion barrels. The amount of oil is also not big enough to impact world oil prices.

People in favor of drilling in ANWR strive to draw a contrast between the coastal plain, also known as “Section 1002,” and the Brooks Mountains in the southern part of the refuge. Drilling would occur on the coastal plain, which they paint as a place that is already developed and no longer pristine. The town of Kaktovik sits on the coastal plain, and one exploratory drill was made nearby in 1985, though it was later plugged and abandoned.

Yet as a counterpoint, the USGS says:

“The 1002 Area is critically important to the ecological integrity of the whole Arctic Refuge, providing essential habitats for numerous internationally important species such as the Porcupine Caribou herd and polar bears. The compactness and proximity of a number of arctic and subarctic ecological zones in the Arctic Refuge provides for greater plant and animal diversity than in any other similar sized land area on Alaska’s North Slope.”

ANWR is the largest national wildlife refuge in the U.S.. The USGS also claims, “Such a broad spectrum of diverse habitats occurring within a single protected unit is unparalleled in North America, and perhaps in the entire circumpolar north.” [2] To the east, Canada has three neighboring protected areas. The two national parks, Ivvavik and Vuntut, are prohibited from oil exploration.

The rest of Alaska’s North Slope is already open for oil drilling. Over the past ten years, the number of Alaskans in favor of opening up ANWR to drilling has stood around or over 70%. President Obama is opposed to drilling in ANWR. However, though he has not opened up the Atlantic and Pacific coasts to more drilling, he has approved more lease sales for offshore drilling in the Arctic. Two new leases sales are planned in the Beaufort and Chukchi Seas in 2015 and 2016, respectively [4]. Another lease sale is planned to take place in 2013 for Alaska’s Cook Inlet, in the south-central part of the state.

Despite Obama’s opposition, Congress seems to be moving closer to opening Section 1002 to drilling. Representative Doc Hastings (R-Washington) and Don Young (R-Alaska) have cosponsored the “Alaskan Energy for American Jobs Act,” which has been referred to the Referred to the Subcommittee on Energy and Mineral Resources. It would repeal Section 1003 of ANILCA, which makes prohibits drilling for oil and gas in Section 1002.

One of the hearings on the bill got quite heated. Last Friday, Dr. Douglas Brinkley, a history professor and expert in Alaskan history, was testifying in Congress in favor of keeping ANWR closed to drilling. Representative Young was at the hearing, and he did not like what Dr. Brinkley had to say. He treated him with disdain, and Dr. Brinkley did not take it lightly. While he sincerely appreciates the wilderness that is ANWR, Rep. Young seems not to. He said,

The debate on Arctic drilling has sunk to new lows. While it isn’t that surprising that the most vocal champions of preserving Alaska’s wilderness come from the outside – after all, they do not stand to gain economically from drilling there – it is sad that Alaska’s sole congressional representative will not even listen to opposing views.

“Historian gets into it with Don Young during Congressional hearing,” Fairbanks Daily News-Miner

“A video of Rep. Don Young every American should see,” MinnPost.com