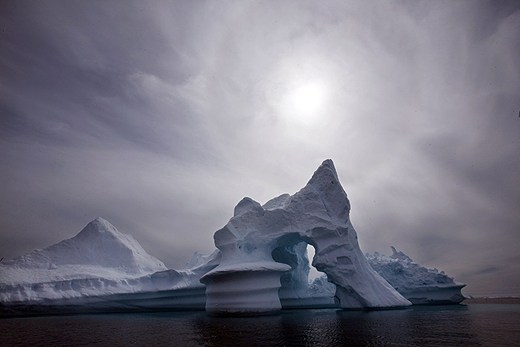 Two of Sweden’s leading politicians on the environment held separate press conferences Thursday before they left for the United Nations Climate Change Conference in South Africa. These press conferences were separated by only an hour and a small body of water in downtown Stockholm.

But Sweden’s center-right government and the Green Party have completely different approaches to dealing with climate change and cutting carbon emissions.

There were two things these press conferences had in common. One was that neither of the politicians expected any major developments to come out of South Africa. The second was that there were less than five reporters in each press conference.

Before Åsa Romson left for South Africa Thursday, she wanted to get in some scathing criticism of the center-right governing Alliance’s climate change policy. “When it comes to climate and environmental issues we are really hard on them because they are not doing their job,” she says.

Romson’s press conference was titled: “This is how Sweden’s climate policy ended up in the Finance Minister’s garbage can”. She says carbon emissions most likely rose in 2010 for the first time in seven years, and puts the blame on government inaction. “The majority of the parties in the governing coalition did not have any plans to go on with concrete actions when it comes to climate change,” she says.

Romson is referring back to 2007, when the government appointed a parliamentary advisory group to overhaul the country’s climate policy and present actions to reduce carbon emissions. Romson says the committee proposed implementing ten concrete actions immediately.

These included boosting investments to double train capacity, promoting biogas development and raising gasoline taxes. According to the committee, these and the other containment measures would have decreased carbon emissions by 4.6 million tons a year. “We’re very disappointed that most of the concrete baseline proposals were rejected firmly and fast from the government,” she says.

Across the water from the Parliament building, the Minister of the Environment, Lena Ek, completely disagreed with the Green Party’s position. “I think it’s a bit premature to say that our approach isn’t working,” she says.

Ek says the first moment of truth for Sweden is 2020 when the country must meet a 40 percent cut in carbon emissions. The second target is to have net zero emissions by 2050. “This is amazing and we need a total change of business and production methods, and transportation systems to reach this target,” she says.

But Ek and the center-right Alliance’s more patient approach is at odds with the Green Party position. Romson wants Ek to deliver more concrete actions to reduce emissions and Ek says those actions are happening already.

“We are unique in the world in using biomass and alternative energy for the heating and cooling systems that we use,” she says. “We have a decision on a fossil free transport system by 2030 and we are moving forward with verification with statistics in all areas of the environment. We are not only talking the talk, we’re walking the walk.”

On the global stage, Sweden has one of the most progressive environmental policies. And that is what the Lena Ek really wanted to talk about. That and Sweden’s priorities at the UN climate conference in Durban.

Ek is leaving on Sunday, but reading from her body language alone, you can tell the Swedish government is not expecting any climate change shattering agreements out of the meeting. Ek says it takes two to tango, and that the US, China, Brazil, and now even Canada, do not look like they are ready to dance.