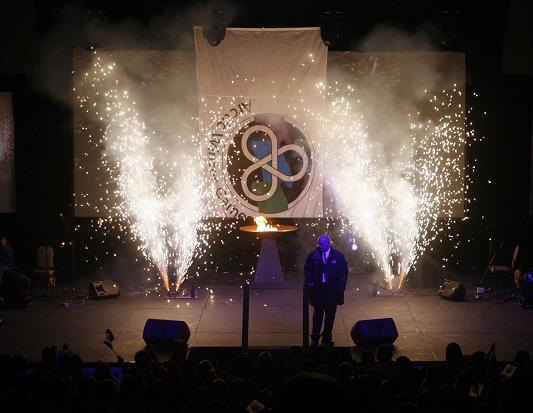 The City of Iqaluit in Canada’s eastern Arctic territory of Nunavut wants to host the 2020 Arctic Winter Games.

Councillors decided at a meeting this week to formally express an interest in hosting the games.

“Now the government of Nunavut is submitting a report to the international committee indicating Nunavut’s interest in hosting the games,” said Elgersma.

“And also to demonstrate our ability to host the games.”

Elgersma said it takes time and planning in order to pull off an international event like the Arctic Winter Games.

It’s also exciting news for Iqaluit speed skater Akeeshuk Beauchesenes, who is 10. He’s had dreams of qualifying for the Arctic Winter Games in 2020 and looks forward to the possibility of competing in his hometown.

“I would find it pretty nice because everybody in my family’s going to be watching me,” he said.

The North’s best athletes last competed in Iqaluit in 2002 when the city co-hosted with Nuuk, Greenland.

The City of Whitehorse in Canada’s western Yukon territory is currently gearing up to host the games this year. They bring youth from around the circumpolar region together every two years to compete in winter sports and traditional games.