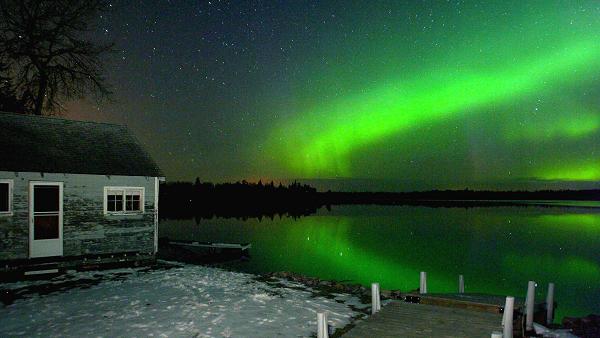 People looking for the northern lights will soon get to see what they look like from space.

Starting Thursday, two astronauts aboard the International Space Station will photograph the aurora borealis and beam the images back to Earth as part of the AuroraMAX project.

AuroraMAX is a public engagement initiative by the University of Calgary, the City of Yellowknife, Astronomy North and the Canadian Space Agency, which features an online observatory that broadcasts the aurora live from Yellowknife.

Over the next six weeks, when the forecast calls for active aurora, AuroraMAX alerts will be issued to invite skywatchers to view the auroras live online, while the astronauts on board the ISS photograph the aurora over Canada. Within 48 hours, the photos taken from the ISS will be available online to compare with images captured from Yellowknife.

The station orbits the earth at an altitude of 370 kilometres, and curtains of northern lights can stretch from altitudes around 100 km to well above 400 km.

Aurora occur when charged particles from the sun collide with atoms and molecules in the Earth’s atmosphere, producing light. Flashes of light in sequence make the waves of lights appear to move.

They’re most commonly seen in the polar regions where the Earth’s magnetic field is strongest.