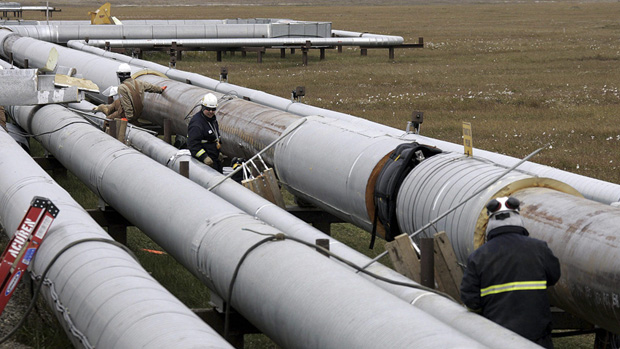 The federal government says it is setting aside $47 million over the next two years for the Alaska Highway natural gas pipeline.

The money is going towards the Northern Pipeline Agency, which was made to oversee the planning and construction of the pipeline. The budget says the federal money is to carry out ‘federal regulatory responsibilities” related to the project.

It’s a small mention in the budget, but no one seems to know what it means. It also comes as Alaska announced its intention to liquefy its natural gas resources and ship them to Asia.

Gas prices are also low and new reserves are being discovered in the United States through the controversial fracking method.

Yukon Conservation Society spokesperson Lewis Rifkind notes the money is fully recoverable from industry, but even that’s got him wondering.

“But then why is the federal government fronting the money up front? Surely the proponent would be doing that as part of their application to either renewing or updating their environmental assessment certificate,” said Rifkind.

Rifkind says all indications are that Alaska Highway pipeline is dead.

Yukon member of Parliament Ryan Leef is getting ready for his response to the budget, but is not addressing the pipeline agency money.

His office says Leef will be requesting information on the money and will comment at another time.

The Alaska Pipeline was planned to transport natural gas from Alaska through Canada to the rest of the United States.