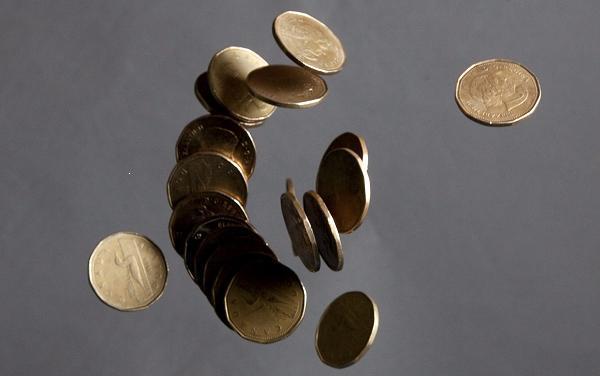 In early March, a few outspoken voices in Iceland, a country not known for its stable economy in recent years, floated the idea of switching from the krona to the Canadian dollar. The leader of the opposition Progressive Party, Sigmundur Gunnlaugsson, said, “If we are going to adopt another currency, then the Canadian dollar looks very promising.”

Canada’s ambassador to Iceland, Alan Bones, told RUV, the Icelandic National Broadcasting Service, that his government would be open to discussing the issue. Yet a few days later, his speech at a meeting of the Progressive Party was cancelled, reportedly by Ottawa.

Later, Gunnlaugsson told the Icelandic daily, Morgunbladid, “It’s not like we are fighting for the adoption of the Canadian dollar. We are simply trying to generate a debate about the various possibilities Iceland has…It’s one thing for the government to focus on the euro but a seriously bad thing that it tries to stop any debate about other possibilities.”

Yet the debate doesn’t seem to have gotten very far. On March 20, Iceland’s minister of economic affairs seemed to put a stop to the talk of adopting the loonie, as he said in an interview with the Wall Street Journal that it is “not a ridiculous idea in my mind, but neither is it for the time being something we are considering as the government.”

Iceland is in the midst of a national debate on their economic future. One of the main issues at hand is whether the country should join the EU. In a 2010 survey published by the European Commission’s Eurobarometer (PDF), 54% of people were opposed to the idea that “Iceland’s future should be as part of the EU,” whereas only 30% were in favor. Icelanders had more positive feelings towards adopting the euro, with 39% in favor, and only 46% against. Alas, Iceland cannot have the euro without joining the EU (though it can do things the other way around, like Sweden and the UK). Iceland appears to be looking for economic stability without the strictures that come with EU membership. In the survey, for instance, people feared that upon joining, Iceland would lose control of some of its natural resources and that its food producers would face more competition from other EU producers.

Those in Iceland who want to adopt the Canadian dollar, the loonie, mention the similarity between Iceland and Canada’s economies. They claim that Iceland is more similar to Canada than the EU since the two countries rely heavily on exports of natural resources. While Canada exports large amounts of oil, timber, and other commodities and Iceland exports a lot of fish and, indirectly, energy (through aluminum smelting), trade between the two countries is minimal. Iceland is much more integrated with the EU, so it would seemingly make more sense for it to adopt the euro as attractive and stable as Canada’s economy might be. But having Iceland and Canada share currencies could lead to greater trade and closer ties between the two countries. Only Greenland lies between Canada and Iceland, and it’s not terribly far from Reykjavik to Canada’s Maritime Provinces. Until recently, Iceland Express even used to offer non-stop flights to Winnipeg, Manitoba. The largest group of people of Icelandic descent outside of Iceland happens to live in the nearby town of Gimli, which was founded in 1875.

Another country whose currency Iceland could consider using is Norway. Relations between the two countries date at least to the Norwegian settlement of Iceland in the ninth century. Strong ties continue into the present day as well. After the U.S. left Keflavik Air Station in 2006, Norway agreed to provide Iceland with surveillance and patrolling of their air space during peace time. The economies of Norway and Iceland are more similar and integrated than those of Canada and Iceland, too: Norway exports a lot of natural resources, namely oil and fish products, and it is Iceland’s fifth biggest trade partner (Canada is twelfth on the list). According to the Eurobarometer survey cited above, Iceland feels closest to Norway, followed by Denmark, Sweden, Canada, and then the U.S. Thus, perhaps Iceland should consider adopting the Norwegian krone.

It would be interesting if two Arctic countries used the same currency. Currently, all eight of them use different ones. The U.S. uses the dollar, Canada the Canadian dollar, Russia the ruble, Finland the euro, Sweden the krona, Norway the krone, Denmark the krone, and Iceland the krona. Of all of those countries, Canada is making the biggest attempt to promote its Arctic region on its currency, as its newly redesigned $50 bill has an image of the CGCS Amundsen, a research icebreaker, on the reverse. Bank of Canada governor Mark Carney even made a comparison that was a bit of a stretch between Arctic exploration and the new bank note. “Just as the work of scientists on the Amundsen is expanding the frontiers of Arctic research, this new polymer series is expanding the frontiers of bank note technology,” he said.

If Iceland adopts the euro, loonie, or even the krone, it will lose control of monetary policy. However, seeing as former Prime Minister Geir Haarde is on trial on charges of negligence during the 2008 financial meltdown, many Icelanders would probably see this as a good thing.

“Canada and Iceland: a loonie idea,” The Economist