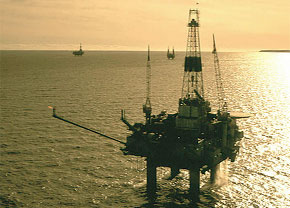 Heightened interest in Cook Inlet’s oil and gas — fueled by generous tax terms, new discovery announcements and an important new player — is expected to continue Wednesday morning at what will be among the largest lease sales in inlet history.

Some have long speculated Cook Inlet has the potential to be a sleeper hit, saying it was overlooked decades ago as explorers turned their attention to Alaska’s North Slope, home to the biggest oil field on the continent.

Now it may be the inlet’s turn to shine. The Department of Natural Resources received 52 bids for 44 Cook Inlet tracts totaling more than 200,000 acres. Bids will be opened 9 a.m. Wednesday at the Dena’ina Civic & Convention Center in Anchorage.

The amount of bid-for acreage makes this annual sale the fourth largest since “area-wide” lease sales began in 1999, when the state began offering up whatever was available in Cook Inlet rather than specific tracts.

But it’s not far from second-biggest lease sale held in 2004, when 227,000 acres were leased, said Kyle Smith, legislative policy advisor in the Division of Oil and Gas.

The biggest lease sale since 1999? That came last year, when companies spent $11 million to pick up 575,000 acres, thanks in part to generous tax incentives from Alaska that have slashed explorers’ costs.

Paying $9 million to snatch about 500,000 of those acres last year was Apache Corp., one of the world’s top independent oil-and-gas producers. The firm is targeting oil with an aggressive seismic program.

Increased interest in the region

Unlike the North Slope, where oil-production taxes have larded state coffers and sparked bitter political battles, the Cook Inlet basin has no oil-production tax because it produces relatively little oil. About 10,000 barrels of oil a day come from the inlet, a fraction of North Slope’s daily production around 600,000 barrels. That disparity will change if Apache has its way.

Also boosting interest in the inlet was an announcement by Furie Operating Alaska last fall reporting a massive find at 3.5 trillion cubic feet of natural gas. That estimate was significantly downgraded to the still-large 750 billion cubic feet in a report to the state Legislature this spring. The company will hopefully get a better idea of the true find after additional drilling this summer, said Smith.

Then there’s Buccaneer Energy from Australia, which discovered gas quickly last year, drilling on land near the city of Kenai. The company sees long-term promise in the basin, so much so it has invested tens of millions of dollars in hard-to-find drilling rigs that they expect to use for their own work before renting them out to other players.

Those are just some of the companies with prospects in the region.

Also helping Cook Inlet’s reputation last summer: The US Geological Survey kicked up its estimate on the amount of gas and oil waiting to be found, now estimated at 600 million barrels of oil and 19 trillion cubic feet of natural gas.

As for Wednesday’s lease sales, state officials don’t know whether new players are coming to Cook Inlet or not because all bids are sealed, said Smith. They’ve marketed the sale with webinars and at conferences, but who will actually be in the hunt is anyone’s guess.

1457 ♥ Blog - Smelters, huskies, and fish pies: the Arctic road from Norway to Russia