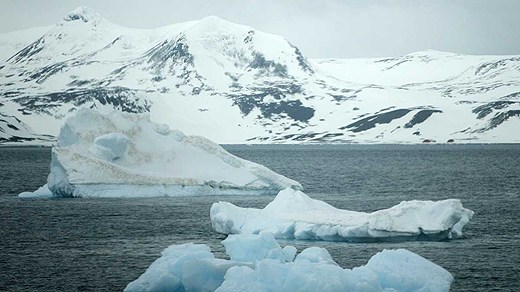 Researchers at Gothenburg University say they have found evidence that the Arctic Ocean north of Russia and Siberia is emitting carbon dioxide into the air rather than consuming and storing it like it used to.

Iréne Wåhlström, a researcher at Gothenburg University, has studied the East Siberian Sea north of Siberia. She says the Pacific Ocean contributes a lot of water to the eastern part of the Siberian Sea. This is where photosynthesis takes place during the summer, a process that consumes carbon and ultimately decreases the level of carbon dioxide in the water. The process frees up the water to take in and store more carbon dioxide from the air.

However, the western part of the Siberian Sea has too much carbon dioxide, which is leaking out into the air and atmosphere. This is because as temperatures rise in connection to global warming, the Siberian tides take in a larger amount of organic carbon dioxide.