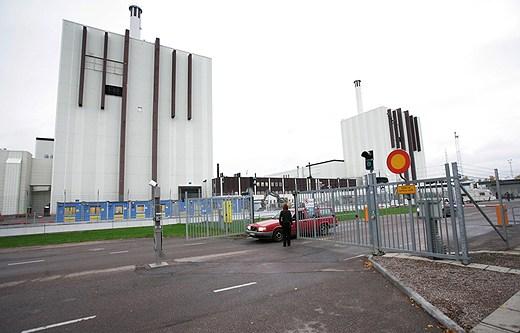 The public energy company Vattenfall has said it wants to replace one or two of its aging nuclear reactors in Sweden. The government has welcomed its request, but said it cannot formally apply for another two years.

Vattenfall announced in July that it would be suing the German government over its decision to abandon nuclear power.

With the German reactors the company has stakes in facing shutdown, the energy group has asked Sweden’s Radiation Safety Authority for permission to replace one or two of its existing reactors here.

Jan Björklund, the leader of the Liberal Party, welcomes Vattenfall’s application, saying that Sweden will become dependent on coal and gas from other countries if new reactors are not built in 10–15 years’ time.

“I am pretty convinced that new reactors will be built,” Björklund told Swedish Radio News.

But the Green Party’s spokesperson for energy, Lise Nordin, pointed to neighbouring Finland’s experiences when building new plants and said replacing old ones will not be cost-efficient.

She added that Vattenfall, a public company, is benefiting from the government’s energy policies.

“It is only the state-owned energy company that is considering nuclear power. That means this is being politically guided.”

In 2010 the centre-right coalition government lifted a ban on building new nuclear energy plants. The ban dated back to the 1980 referendum, when Swedes voted overwhelmingly to phase out nuclear power here.

Environment Minister Lena Ek told Swedish news agency TT the company will not be able to formally apply for new reactors until 2014, when the Authority’s new guidelines are in place.

Vattenfall made the announcement in connection with its report for the second quarter, which posts profits of around US$ 120 million after losing nearly US$ 500 million in the same period last year.

461 ♥ Inuit gov. in Atlantic Canada calls for people to stop travel to and from their region

389 ♥ Is Norway's farmed salmon as healthy as we think?

343 ♥ Mass grey whale strandings may be linked to solar storms