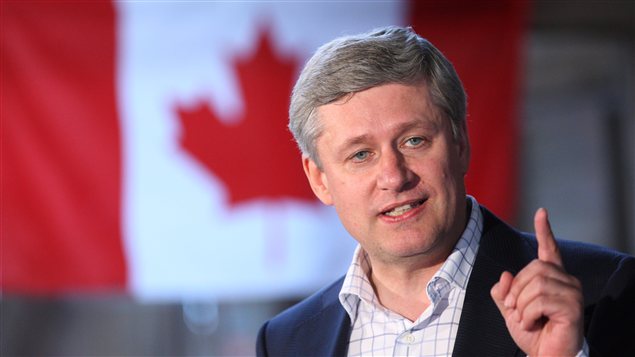 Canada’s northwestern Yukon territory is going to be able to cash in more on resource development in its own backyard thanks to an updating of revenue sharing agreements today that was overseen by Canada’s Prime Minister Stephen Harper during his northern tour.

Harper visited a copper and gold mine in Minto, about 240 kilometres north of Whitehorse, along with John Duncan, minister of aboriginal affairs and northern development.

The federal government says the reformed agreements will ensure a greater portion of the revenues generated from the mining and resource economy in Yukon will stay in Yukon.

“Our government is committed to ensuring that Northerners benefit from the tremendous natural resource reserves that are found in their region,” Harper said in a news release. “For the benefits to flow, it is necessary to get resource projects up and running in an effective and responsible way and to put agreements in place with territorial governments to ensure that revenues generated by these initiatives stay up North.”

Harper is on his annual tour of Canada’s North and he’s touting the region’s natural resource development as a “great national dream.”

In a speech to party faithful Monday night, the prime minister said Canada’s future is in the North and that mineral exploration is already reaching unprecedented levels. He estimated that in the next decade there could be more than 30 new resource development projects that will create jobs and economic growth.

He said his government is ensuring that Northerners receive the benefits of that development and protecting the North’s environmental heritage.

Michael Byers, a political scientist who specializes in the Arctic at the University of British Columbia, said Yukon’s existing resource revenue sharing agreement wasn’t particularly favourable and that amending it so Yukon can keep a greater share is the right thing for Harper’s government to do.

Byers said Ottawa and the governments in Nunavut and the Northwest Territories have also been trying to hammer out new revenue sharing arrangements and so far they haven’t been able to reach agreement.

“It would be good if these resource revenue arrangements could be improved and concluded,” said Byers, “But that’s only part of what needs to be done.”

He said Harper has a mixed record on resource development in the North because he has promised to increase it, but hasn’t followed through on some of the things that are needed to support it – like infrastructure. 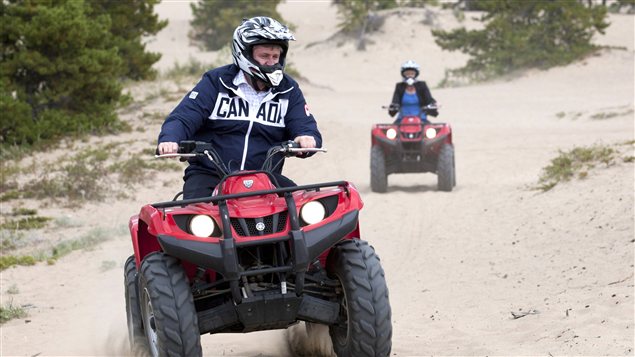 “I’m pleased that the prime minister understands the opportunities in Canada’s North but he hasn’t really walked the talk yet in terms of some of the big ticket items,” said Byers, mentioning all-season roads and a deep water port as examples of projects that haven’t come to fruition yet.

“There hasn’t been infrastructure put in by the federal government,” he said.

Byers said a significant amount of resource development is projected not just in Yukon, but in Nunavut and the Northwest Territories in the next few years. Revenues will start to grow even more, adding more urgency to the negotiations with the federal government.

“That’s why this issue of revenue sharing with the territories is so very acute right now,” said Byers, who holds the Canada Research Chair in international law and politics.

Harper said in Tuesday’s news release that in addition to improving the regulatory process for new development projects, his government is taking other actions to spur development in the North. They include geographical mapping to help companies find energy and mineral deposits.

But futher development of the North’s mining resources is easier said than done, according to economist Jacqueline Palladini.

“There are a lot of challenges that come with developing mines in the North,” said Palladini, an economist with the Conference Board of Canada who specializes in economic forecasting in Yukon, the Northwest Terrorities and Nunavut.

Building a new mine in a remote community is extrememly expensive, she said, and also means building accompanying infrastructure such as an air strip, road or port in order to transport whatever is being extracted.

“You also have to find a way to power operations as well. They also have difficulties finding the skilled labour in such remote areas of the North,” she said, listing more of the challenges. “There are always delays in the North because you’re so subjected to weather and environment and other factors so it’s hard to have infrastructure projects move along at the same speed as they might in the South.”

But for all the challenges, there are plenty of benefits to be had, said Palladini, noting that Nunavut’s economy has doubled in the past 15 years, thanks in part to mining projects. More resource development projects mean growth in other industries, including transportation and communication, and they mean more jobs.

Income gains for those employed at the mines could spur housing growth and increased retail sales, said Palladini, and territorial governments benefit from income tax and corporate tax revenue.