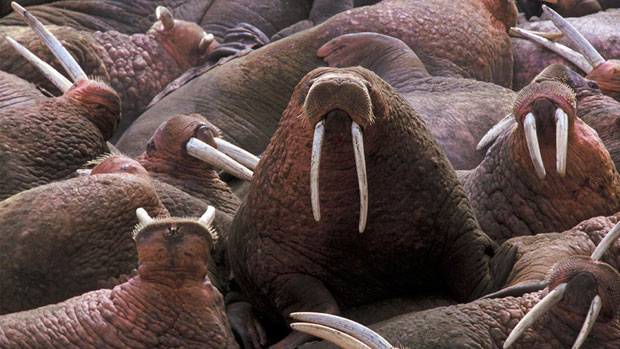 The Nunavut Wildlife Management Board in Canada’s eastern Arctic is asking hunters in the territory to identify the number of narwhal, beluga and walrus they harvest every year.

The board will hold public meetings soon, and it wants the information to be able to set appropriate hunting limits for the animals.

“Sometimes, because of unrealistic restrictions imposed upon us, it is important that hunters identify what they need to feed their families, in accordance with the land claims agreement,” said James Eetoolook, the vice-president of Nunavut Tunngavik, an Inuit land claims organization, speaking in Inuktitut.

Eetoolook said Inuit and government had problems agreeing on basic needs levels for those species during land claims negotiations, so they agreed to set the limits at a later date.

Now, Eetoolook is asking hunters to talk with their local hunters and trappers organizations before the public hearing takes place.

The public meetings will be held in Nunavut’s capital city of Iqaluit Sept. 11 and 12. The board will set harvesting limits some time after that.