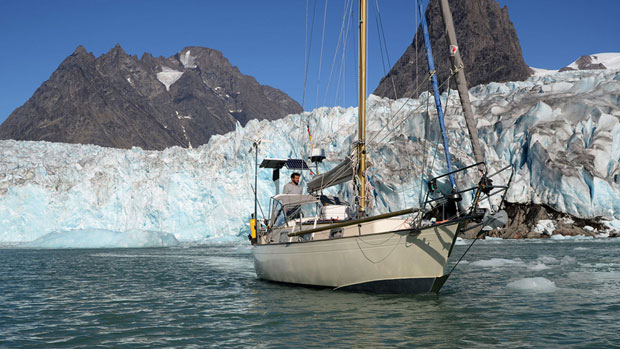 Three sailors trying to make their way through the Northwest Passage using the most northerly route possible have reached their goal.

On Wednesday, they made it through the M’Clure Strait and the final leg of their journey.

“Everyone on board is ecstatic, but also very tired,” said crew member Nicolas Peissel.

By Wednesday afternoon the crew of the Belzebub II had been awake for 48 hours navigating the dangerous waters of the M’Clure Strait.

The sailboat stayed in the Parry Channel as they headed west, making it the most northerly route completed by sailboat.

They made it through extreme ice conditions — at times the strait was 40 to 50 per cent filled with ice.

“Throughout this whole 48 hours, we were never clear if the ice was going to push up against the land and trap us for the winter.”

The fact they were able to sail through surprised Peissel. Part of the group’s mission is to raise awareness about climate change and the melting Arctic sea ice.

“This is unheard of. The bodies of water that we’re sailing through right now should be packed with thick ice.”

Now that the sailboat has made it to the other side, the most dangerous part of their journey could lay ahead. They are heading to the Bering Sea at the height of storm season.