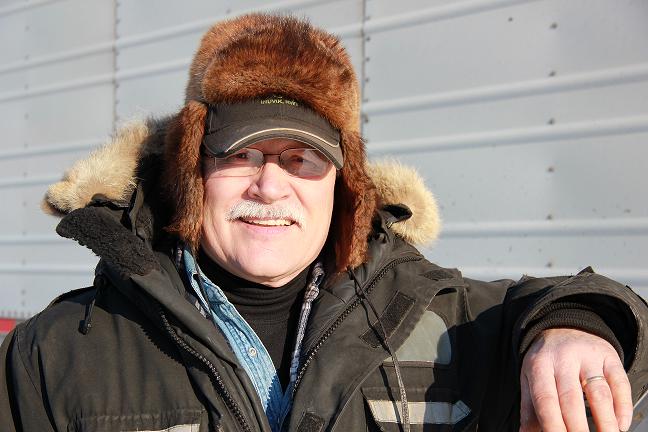 For many, driving a truck trailer packed with fresh fruits and vegetables along remote Arctic highways and across frozen lakes and rivers may not sound like fun. But for the ‘The Fruit Man,” aka Bill Rutherford, it’s hard to image life another way.

It’s no secret that quality fresh fruits and vegetables can be hard to come by in Canada’s Arctic. Given the lack of road access in many northern communities, by the time produce has been shipped and has braved a series of drastic temperature changes, it often arrives in the country’s remote Arctic communities much worse for wear.

That’s where Rutherford, who got his start by running an orchard in Canada’s westernmost province of British Columbia, steps in. For 27 years, he’s been bringing fresh produce to remote Arctic communities like Inuvik, Aklavik and Tuktoyaktuk in the Northwest Territories.

Each season he braves everything from mechanical problems to protecting his produce from the Arctic’s bonebreaking temperatures.

One day this winter, Radio Canada International journalist Eilís Quinn caught up with Rutherford in Inuvik, a community of around 3500 located 200km above the Arctic Circle. He’d set up his fruit and vegetable trailer in a downtown parking lot.

In between a steady stream of customers, including everyone from families to taxi drivers, Rutherford chatted about his unique business and just why he does what he does.

Tell us how you got the idea to start hauling fruits and vegetables up and down the Dempster Highway?

I started off with an orchard in B.C. at that time I was shipping to the packing house and I just figured I could sell better on my own so I just bought a truck and went off.

Did you already know the Arctic? 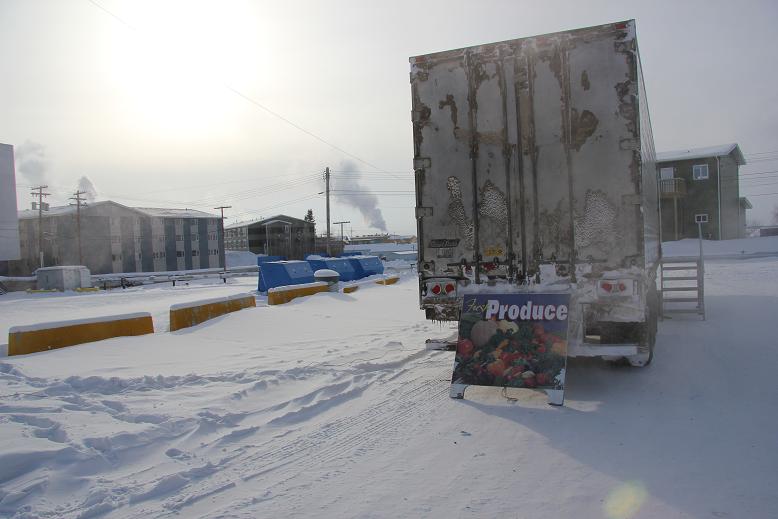 No. I’d never been here before.

So how did you get from never having been here to driving a fruit truck up here?

First part of August in ’85 I decided well I might as well just go to Inuvik. I was already most of the way there.

I got in here about the middle of August in ’85 and I’ve been here ever since. I’ve got another address in Kamloops (British Columbia). That’s kind of my home base, I just work up here. But I have a place to stay here when I’m in town.

There’s three grocery stores here, what are you offering people that they can’t get at some of these other stores?

The main thing that I work on is freshness of the product. That’s how I got all my white hair was just trying to get the right produce that I want to sell. There’s always something on every trip that isn’t up to snuff but you have to try. I wouldn’t have any advantage if I was hauling the same stuff that they were getting presenting in the store.

The customers seem pretty loyal. Why do you think that is?

I think maybe some price and quality of produce. And then of course I’m a real nice guy.

How many years have you been doing this now? 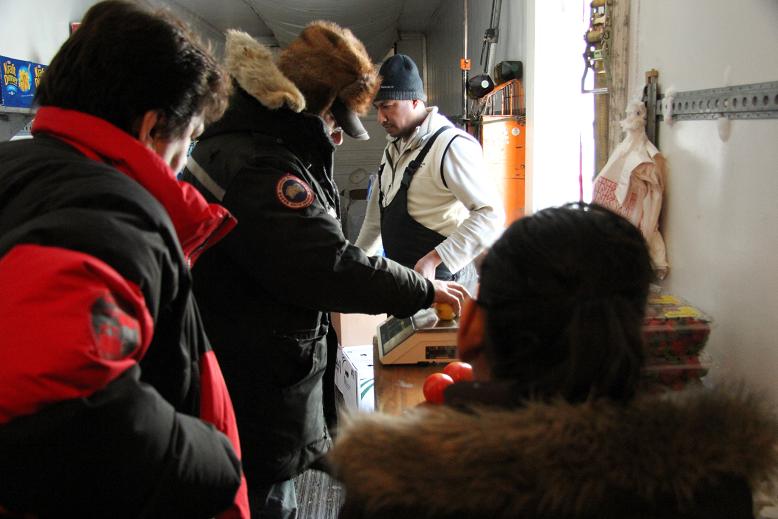 Give us a sense of how many months or weeks you’re actually on the road in a particular year?

It’s nine months of the year. We’ll have break up here pretty soon. That’s when our snow all disappears. We have ice crossings. The rivers they begin to thaw and you can’t cross the ice any more so you have to wait for the time that the ice is gone. Or they shut the road down because the road starts to soften up. The crossing starts to softens up. You can’t get across until the ferries are back in. That’s usually about a month. Usually in the first week of June we’re back on the road.

After 27 years what’s the most rewarding part of this job?

The comments you get from most people. They’ll tell you thanks for doing what you’re doing and coming. Seeing their smiles and their comments about the produce stuff, that’s the big thing.