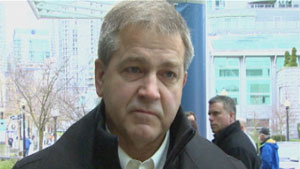 Arctic may be affected says analyst

The annual Prospectors and Development Association of Canada conference is underway in Toronto this week, and some industry watchers say the big story this year is the financial difficulty many junior mining companies are facing.

The conference is one of the biggest events of the year for the Canadian mining industry.

Junior mining companies, which explore for new mine sites and mineral deposits, are generally seen as risky investments, with the possibility of big rewards.

In the current economic climate, few investors are willing to take those risks.

One industry insider says the economic downturn has had a big impact on those companies.

Tom Hoefer is the executive director of the NWT and Nunavut Chamber of Mines.

“One of our oldest explorers up here, who’s been working up here for the last almost 60 years, says he’s never seen it so bad in his entire career, so that tells me something,” said Hoefer.

Hoefer said this problem is persisting, even though the North has some of the best mineral potential in the world.

“Most of the junior marketplace is really struggling to raise financing,” he said.

Hoefer said he’s at the conference this week to pitch the North as a good place to invest in mining.

John Kaiser, an industry analyst in California who has followed the Canadian mining industry for 25 years, predicts the demise of about 500 junior mining companies in Canada this year.

“I’m concerned we may see the collapse of an entire Canadian institution,” he said.

Kaiser said the Arctic will be particularly affected because it’s so expensive to work here, and the costs have gone up.

He will speak at the conference Tuesday, but he said many of the junior mining companies he’d normally speak with probably won’t bother to show up.