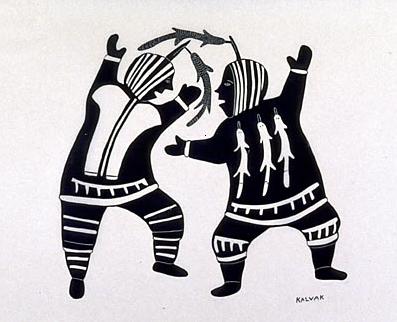 A carving. A pair of beaded slippers. A print depicting a dog team. They may be the last thing on people’s minds when they think of economic drivers in the Canadian North.

Mining and resource exploitation bring hundreds of millions of dollars into Canada’s northern territories of, Nunavut , Northwest Territories and Yukon annually, but for the predominantly aboriginal population of the North, arts and crafts production remains an important economic driver, especially in remote Arctic communities.

But though historically encouraged by the government as a way to foster economic independence for aboriginals in the North, does arts and crafts still have a role to play in this era of resource and energy development? What are the cultural implications if this industry fades away?

In this series, Radio Canada International journalist Eilís Quinn speaks to artists, experts and northern governments on why arts and crafts production is and needs to remain a priority in the North.

Is the Holman print program worth saving? The evolution of the arts economy in the Canadian North

Darlene Wight, curator of Inuit art at the Winnipeg Art Gallery, on the importance of Arctic art. To play, click here: {play}/media/jukebox/DarleneforUluPak.